The Kingdom in Your Midst – Luke 17:20-25 (This is in response of research to answer an email question I received from “Angela.”)

Much of what I write below is borrowed from Dr. Ralph F. Wilson. He is an active member of a denomination, [but] he believes in the essential unity of all believers in Jesus the Lord and is non-sectarian in his approach. I am nondenominational in thought, study, belief and ordination.

Angela: I am in a bit of a quandary of how to address Mr. Whitelaw’s suppositions. The best I can do without going into a very long dissertation and losing you with explanation after explanation… well, my experience has been when asked a deep, substantial and substantive question like yours regarding my thoughts per anyone or theological question is to answer your question without great detail as to why, but only after I have done a bit of pre-study and research myself.

Therefore I am choosing ONE of his positions in his book; he has over 20 published books and pamphlets. Point # 7 at the webpage http://www.docstoc.com/docs/38288150/The-Gospel-Millenium:

Mr. Whitelow appears to be a-millennial; i.e. no millennium; that is, no 1,000 year reign of Christ on earth. His position fits well with the doctrinal plank of some mainstream denominations’ belief in predestination meaning only those who are pre-elect will have a place in heaven including being a-millennial. Both positions are weak. I go into greater detail about these two positions in one of my articles in ahabiblemoments.com. Suffice it to say, predestined simply means that ONCE one becomes a follower of Jesus Christ, s/he is predestined to be saved at the 2nd advent; i.e. rapture, not Left Behind (16 book series by Jenkins and Lahaye)

The Jews believed that the promised Messiah of the Old Testament would come with great outward show and establish an earthly kingdom from which the world would be ruled AT THAT TIME. Jesus, the promised Messiah, told the Pharisees in this passage that He did not come to establish an earthly, physical kingdom as they thought; one that people could observe with the eye at that time in history. To the contrary, He came to build the Christian church and body of believers (Matthew 16:16-19). I was to be a spiritual kingdom; The passage Luke 17:20 THROUGH V37 really must be considered together. When we separate the pieces it runs the risk of missing the point and “not seeing the forest for the trees.” This passage has too many details to include in answering your question per Mr. Whitelaw, Angela. be studied in one lesson.

One other comment: Evangelical Christians have a way of fighting over their various cherished views of the End Times. We need to agree to learn from one another but not be dogmatic in the way we present our views unless scripture is absolute. We’re here to understand what our Lord Jesus teaches. Let’s not try to make everything fit some systematic eschatology at this point; later maybe. For now let’s catch what Jesus is saying to us; when we opt to follow Christ, then 1 Corinthians 6:19 comes into play, long before the Millennial Kingdom that is primarily focused upon Israeli’s; not just Jews, but all Tribes of Israel minus the Tribe of Dan. The church rapture will happen before (pre), during (mid) or (post) following the Great Tribulation; i.e. the church being the body of Believers in Jesus Christ.

Mr. Whitelow’s Baptist, Reform, Nazarene, Church of God denominational plank of no millennial reign, in my opinion, is strong in spiritualization of scripture and weak in direct (literal) interpretation of scripture. In this Luke 17 passage, Jesus’ teaching turns to the coming of the Kingdom of God. The Pharisees ask “when” the kingdom will come (17:20). Jesus explains to his disciples “how” it will come (17:22-35). And finally Jesus teaches “where” it will come. Jesus’ teaching isn’t full and detailed here. The Pharisees anticipate(d) a kingdom on earth during their time since this Christ guy claimed to be the Son of God. Otherwise this made Jesus Christ a false prophet in their opinion. They were looking to shake off Roman paganism and rule putting the Pharisees in charge and back in power. They failed to see the inward kingdom (bodies being the Temple of the Holy Spirit) first. There is a topic in scripture called the “Time of the Gentiles.” It fits here but is too much for one e-note you and for anyone to be expected to grasp in one gulp.

I know there are many eschatological views. (“Eschatology” means a study of the end times. We are strongly tempted to look at Jesus’ words and try to wedge them into our eschatological chronology. (How’s that for big words?) That is, an explanation that fits one’s preferred end time but that wasn’t what Jesus expected his disciples to do. He wanted to teach them about the NATURE of his coming, not the TIMING. 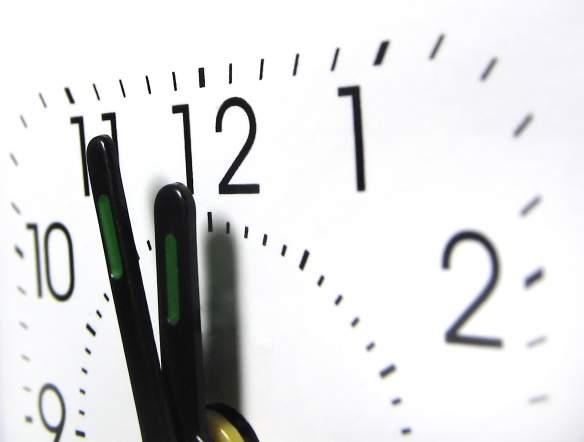 Jesus wanted to teach them about the NATURE of his coming, not the TIMING.

Jesus begins his teaching with a question from the Pharisees.

“Once, having been asked by the Pharisees when the kingdom of God would come….” (17:20a)

Why would the Pharisees ask this? What did they believe about the Kingdom? We have no documents from Jesus’ day that tell us what the Pharisees believed about the end times. We know, however, that a Pharisee named Sadoq (Shadow: Colossians 2:17) was involved in founding of the Zealot party, apparently from an older wing of the Pharisees. Judas the Galilean, a leader of the Zealots was considered by some the messianic heir-apparent. The Pharisees seem to be involved in the ferment or uproar of messianic expectancy that made First Century a volatile place for Roman rulers to keep under control. The Pharisees are quizzing Jesus, trying to find out his own expectation, perhaps prodding him to see if he’ll claim to be the messiah. They ask “when” the Kingdom of God will come. This could in and of itself [my opinion], be very self-serving.

Like many of Jesus’ responses to the Pharisees’ trick questions he says that they are asking the wrong question because they don’t understand the nature of the Kingdom.

Angela: I am now doing what I promised both you and me, to not do; get into such detail it becomes difficult to understand, follow and sounds like a Sunday School lesson.

Your question per Mr. Whitelow and my current understanding of him and his writings… I suggest that there are better resources even though he is quit scholarly and knowledgeable. He sticks very closely to a denominational line (Baptist? Reform? Nazarene? Church of God?) that being one of the reasons I opted many years ago to do my theological study outside of any one particular denomination reading many authors and theologians concluding what my heart and prayer tells me is truth.

Why I believe that there will be a full restoration of Israel (not just the Jews which means “from the Tribe of Judah” ignoring the other 11 Tribes of Israel); i.e. during the Millennial reign of Jesus from Jerusalem:

Do you love someone so much that you never want to be apart? Do you have a

heart to heart connection with someone?  Do you long to see their smile or feel their warm embrace? It’s a joy to hear them laugh and see him/her walk through the door!  The times you spend together are the Best moments of your life. When a person completes you and you complete him/her it is like heaven on earth. There is a longing to be with each other.

Can you imagine being with and loving someone for so long that it seems like forever? Then something happens that separates you. Each day you go through the motions, do your duties and even do them with joy but inside there is a longing for that day when you will be together again.

There is another One Who loves you like that and so much and more.

Jesus came to earth to do the will of His Father. He was with His Father since before the beginning of time. Imagine the physical torture, the mental anguish, and the rejection of men during the time He was on the Cross. He changed history and our destiny. For the first time ever, His Father had to turn His back on Him because all the sins of the world were placed on Him as He hung and died on the cross. Jesus, the perfect sacrifice for our sins – had to be separated from His Father. The pain and torture of death on the cross pales in comparison of that of being separated from the One Who loves him. But the Joy of obedience and making a Way for you to be saved was worth it all.

Hebrews 12:2-3 NASB who for the joy set before Him endured the cross, despising the shame, and sat down at the right hand of the throne of God.

Jesus rose again on the 3rd day, redeem us from sin and is ALIVE now. Do you

know Jesus? Without Christ, you will never experience love like the love of GOD and His Presence. This I know, not just because my Bible tells me so… because I experience His love. When you choose to accept Jesus as your LORD and Savior you will know LOVE for yourself.  And One day we will be absent from our bodies and present with the LORD — no more longings.