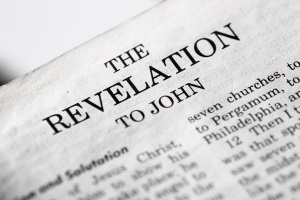 Chapter 6 of Revelation is a turning point in the prophecy of this final book of the New Testament and the Bible. This is the chapter of the Scroll “SEALS.” There are a total of seven seals. Chapter 6 discusses 6 of these seals. This is also the chapter renown as the chapter of the four horsemen of the Apocalypse. What so many do sometimes fail to understand is, the breaking of each seal is what releases each horseman. Chapter 7 is the breaking of the 7th seal. This helps us locate events in Revelation 6 and 7. In chapter there are 6 seals and in chapter 7 we find the 7th seal.. Seal number seven in the 7th chapter of Revelation is the sealing of the 144,000 witnesses and the seal of Christ on all who accept Him during the Tribulation. We will get back to Seals #5 & 6 later in this discussion, but for now we want to discuss the four horsemen of the Apocalypse.

Chapter 7 finds the 7th seal opened, the sealing of the 144,000 witnesses from the twelve tribes of Israel and God’s wrath poured out on those who are not sealed in Him.

Each of the first four of the six seals broken “the lamb” in chapter 6, the only one worthy to open the scroll, reveal four different colored *horses:

*As you read this full article, allow for the possibility that there is nothing that demands in these verses or insists that the riders are different men, but possibly the same rider on a different horse; only his mission changes.

Before discussing seal #5 and #6, let’s discuss these four horsemen of the Apocalypse. Too often one will hear or read the short descriptions of these horsemen and then discuss or preach on what each signifies. This is almost too obvious. But, let’s put them into perspective with the Apocalypse of the (7 year) Tribulation. Here is what scripture tells us per the very first seal/horse-man.

Then I saw when the Lamb broke one of the seven seals, and I heard one of the four living creatures saying as with a voice of thunder, “Come.” I looked, and behold, a white horse, and he who sat on it had a bow; and a crown was given to him, and he went out conquering (nikaō) and to conquer (nikaō).
(Revelation 6:1-2)

What we learn from this passage is that there is the white horse, a rider with a bow, and that he is out to *conquer. What we only sometimes hear is what is going on as it compares or should be placed on an End Time Line graph.

The Koine Greek states the word nikaō is what we translate “conquer.” There is nothing in the Strong or Thayer translation of this word that suggests war type conquering… to overcome, the end result, maintaining ones cause, to prevail. One can do all of this by diplomatic treaty. Remember he has ONE crown and a bow without arrows. 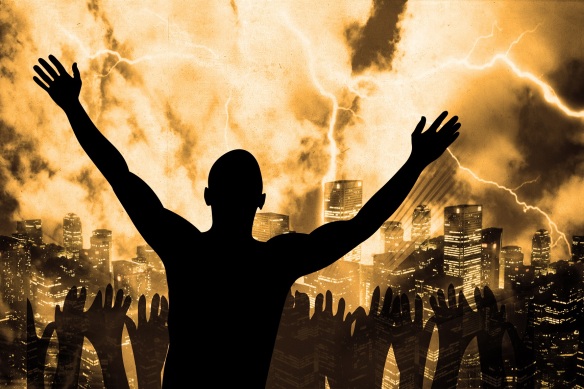 Let’s step back and recall that the 7-year Tribulation is divided into two 3 ½ year periods of time and listed events. Israel is given a promise of peace for 7 years by someone (antichrist) who dominates global politics enough that Israel believes in his or its power to enforce this peace agreement. In other words, he has conquered the world diplomatically or with a show of unquestionable military force. He then breaks this peace agreement with Israel at the 3 ½ year point. This is the guy on the white horse who conquers. He has a bow in his hand, no arrows, but a crown (singular) is given to him. It is the antichrist who signs the pact of peace with Israel and our absolute indication that the 7-year tribulation countdown has begun.

This white horse and rider cannot be Jesus Christ. He comes with a sword on a white horse at the END OF the 7 year Tribulation. No one gives Christ a crown, but he is wearing many crowns. No other horsemen follow him other than his angels all on white horses; not a red, black, then pale horse. Seals 5 and 6 cement this truth. What follows the first white horse are three evil horsemen all bent on war, death and the destruction of ALL mankind.

If you have not previously clicked on the graphic link that comes with this article, please do so now. Notice that the first seal and this particular horseman on the graph begin the Tribulation and up to the 3 ½ year mark. This is when the Red horse and horseman appear. (JIV: I believe the horses change color for identity purposes but the horseman is one and the same. Each horse indicates a different calling or mission for this rider)

The Second seal; second horseman. A fiery Red horse appears at the breaking of this seal. This does not stipulate we have a different rider now in charge, It does however tell us that this guy takes peace from earth and causes huge conflict between mankind on earth… beginning in the Temple at Jerusalem where he sets himself up as a god to be worshiped. This still sounds like the Antichrist from the white horse and seal #1. It could simply mean that he has changed steeds from a peace-keeper (deception) to a war monger; i.e. the fire-red horse. What we do know for a fact is he breaks the covenant at the 3 ½ year mark. He signed one with Israel assuring their peace for 7 years. Deception is now running rampant in the world. People are scrambling and begin fighting amongst themselves.

This fits perfectly on the graph as located at or shortly after the 3 ½ year Tribulation mid-point. What we know about Islam today and their actions as Muslim (means life style believers), it makes it highly unlikely Islam is going to simply go away. We should factor this into any thoughts that this conflict between men beginning at the 3 ½ year juncture of the Tribulation may be as political as it is cult or religious based. (Be patient; when we get to the pale horse, things will begin to make a lot of sense)

Since the second half of the Tribulation is identified as the Great Tribulation; Jacobs trouble (Jeremiah 30:4-7), there is going to be much bloodshed and conflict with it beginning in Israel/Jerusalem and the Temple Mount that Islam believes to be one of their top three holy places. Not just with Israel, but with world leaders and those trying to become world leaders. The antichrist is the one on top, but even he has to put down three of the ten nations in their military alliance when they rebel per his policies, dominance, or fighting tactics. (Read Jeremiah 1:10, Joel 3:2, Daniel 7:23, 24)

The Black horse (third seal and rider: This rider is renowned for the scales (of his justice?) in his hand. Since this article identifies these scales as “to take or not take” the seal of 666 (antichrist)” this could still be same person or his agent using a different tactic to conquer.

And there went out another horse that was red: and power was given to him that sat thereon to take peace from the earth, and that they should kill one another: and there was given unto him a great sword.
(Revelation 6:4; NIV)

Great famine and economic inflation occur at this time. Let’s consider the mark of the beast discussed in Revelation 13. This famine for some may reflect that if one does not receive the mark of the beast, s/he cannot buy, sell or trade in the globally controlled market. This seal is on his or her hand or forehead. Replacing “discriminatory evangelical practices,” such as not politically correct beliefs, will be a *semi-global world false religion. It is likely this is when Islamist’s are given a portion of the world to run rampant and this world false prophet religion, mostly in of the western powers, temporarily controls the rest of the world. The mark of the beast may or may not be a factor with Islamist’s and in fact may be the grounds for breaking the forth seal thus entering the Pale horse and horseman.

*I say a semi-global false religion when there will most likely be two conflicting and at war false religions on earth at this time, The revived Holy Roman Empire of Europe (King of the North) and the Middle East and Africa dominated by Islam; i.e. the King of the South; controlling ¼ of the world.

The Pale horse is a yellowish-green color. This is the color of Islam today. If they are given dominance over ¼ of the earth as an appeasement with some deal to leave Israel alone during the first 3 ½ years of the Tribulation and in agreement with the anti-Christ, we now have the King of the North and the King of the South poised for a major head-to-head conflict.

Here is what scripture says about this fourth seal and Pale horse-horseman.

Revelation 6:8: And I looked, and behold a pale horse: and his name that sat on him was Death, and Hell followed with him. And power was given unto them over the fourth part of the earth, to kill with sword, and with hunger, and with death, and with the beasts of the earth.

There is great turmoil on earth during the tribulation. No one is simply sitting neutral on the sideline. This is a true global conflict; man slaying man; man jockeying for political power and dominance; great military forces trying to virtually eliminate each other; in short… mankind destroying mankind. This is precisely why Matthew 24:22 is written as a warning.

Zechariah 12:3b states “…And *all nations shall be gathered against it.” This is the net result of the Red Horse, Black Horse and then the Pale Horse and why the sequence is shown on the included chart/graph of the 7 Tribulation years. A huge number of mankind will be slain, Christian, Gentile, Hebrew, Israelite, Arab, … When the king of the North and the King of the South converge in the Valley of Jezreel to war with each other, about 50 miles north of Israel, they are joined by Russia and China from across the Euphrates. This is when they find a common enemy in the new guy on the block of world powers standing over on the Mt of Olives about 50 miles south of this 200,000,000 million man army; i.e. Jesus Christ on the Mount of Olives where he declares himself King of the World.

So ends our current discussion and graph help per Revelation 6