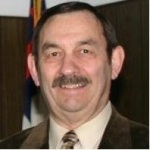 Copy right to the author-Posted with his permission
Gene Whittum

Solomon ends chapter one with a confession: Verses 12-18 “I, Koheleth, was king in Jerusalem over Israel. (13) I set my mind to study and to probe with wisdom all that happens under the sun.—an unhappy business, that, which God gave men to be concerned with! (14) I observed all the happenings beneath the sun, and I found that all is futile and pursuit of wind: (15) A twisted thing that cannot be made straight, a lack that cannot be made good. (16) I said to myself: “Here I have grown richer and wiser than any that ruled before me over Jerusalem, and my mind has zealously absorbed wisdom and learning.” (17) And so I set my mind to appraise wisdom and to appraise madness and folly. And I learned—that this too was pursuit of wind: (18) For as wisdom grows, vexation grows; To increase learning is to increase heartache. (from Jewish Publication Society 1982 Kethubim, The Writings)

Solomon again acknowledges that in spite of his having great wisdom and immense wealth and authority, life “under the sun” is futile and vain. The past cannot be changed and nothing can be added to life already lived. We cannot manipulate history or the mistakes of life.

Chapter two continues his pursuit of the meaning of life and the substance that makes it worth living. His experiments toward that goal begins with thoughts of merriment and pleasures (which includes wine and all that goes with it. Verse 3 NIV).
His conclusion comes quickly in the passage. “Laughter”, I said, “is foolish. And what does pleasure accomplish?” He apparently did not take these indulgences to extremes but was still able to note that he “wanted to see what was worthwhile for men to do under heaven (the sun) during the few days of their lives.” (verse 3 NIV)

His testimony continues with further examples of his attempt to find satisfaction in life “under the sun”, without reference to the God Who is above the sun. However, he will later interpret every aspect of his life theologically, acknowledging that there is a God, and that we cannot take liberties with Him. There are many inherent implications with reference to God and His sovereignty over His creation. The world has an obstinate resistance to the meaning of life apart from God.

The litany of accomplishments given in verses four to nine would stagger most of us. Solomon admits that in this pursuit, his wisdom stayed with him. His conscience is apparently becoming seared while he includes huge gardens, trees, parks, slaves, herds, flocks, gold and silver, entertainers and a harem. His conclusion, again, is that it was all “meaningless, a chasing after the wind; and nothing was gained under the sun.” Vs 11)

He turns next to “consider wisdom, and also madness and folly”. Solomon’s book of Proverbs provides a great deal of information regarding madness, folly and wisdom. He seems to clamor after these ideas in a way that only Solomon could. It is a severe attempt to investigate these seemingly opposite pursuits and everything in between. Folly and wisdom are far apart; there are several words to describe a fool in the book of Proverbs, the most serious being ‘nabal’,a total fool, described in I Sam 25. He was the man whom David encountered and who later died. David then married his widow, Abigail.

(The first chapter of Proverbs describes wisdom, what it is, and how to attain it—an important chapter to begin one’s understanding of wisdom. Verse seven states that “The fear of the Lord is the beginning of knowledge, but fools despise wisdom and discipline.” The “beginning” means the “chief part”, and without a “fear of the Lord” wisdom will not be forthcoming. For instance, the chief part of music is notes; the chief part of math is numbers and the chief part of writing is the alphabet. Without these, there would be no music, math or writing).

Solomon delved into madness, folly and wisdom in the manner in which he approached every other venture to define and decipher life and its meaning. He apparently became some sort of “fool” in order to limit and interpret madness and its connection to life “under the sun”. The results were that “wisdom is better than folly, just as light is better than darkness”. (verse 13) This contrast will be seen later as he continues his probe of life.

In verses 14-16, he recognizes another truth regarding wisdom and folly, namely, that both the wise man and the fool, while walking in their separate and distinct values of life, have the same fate. The outcome for both is death, which is something that he talks about in future considerations of ones journey “under the sun”. Note the number of times he uses the phrase “under the sun” in chapter two.

His next reflection involves being remembered beyond death and a concern with respect to all of the toil he put into the accumulation of “stuff”. Who will he leave it too? What kind of a person will inherit it? Will he be a wise man or a fool? He undoubtedly assumes that the one who assumes ownership will also face the same problems but without the wisdom and wealth that he had. It turned out that the one who did inherit the throne from him did turn out to be a fool (I Kings 12). His lament was that he hated life, because the work that is done under the sun was, “grievous to me.” (vs 17. “All his days his work is pain and grief; even at night his mind does not rest. This too is meaningless.” (vs 23).

Kohelet’s conclusion comes in verses 24 and 25. Remember that “God” is mentioned some forty times in the book. Ecclesiastes is the journal of one man’s journey through life in a most honest and brutal way. He is living “under the sun” but his goal is to see the God of eternity who is “above the sun”. There is, to the fool, a canopy above the earth and to him he is living in a closed universe, without any reference to the God Who is above the sun. Solomon, in the next verses, begins to poke holes in the canopy above the sun so as to reveal the Deity who alone has the answers to the challenges of life.

He writes: “A man can do nothing better than to eat and drink and find satisfaction in his work”, as opposed to the prior “chasing after wind” in one’s toil. He continues: “This too, I see, is from the hand of God, for without him, who can eat or find enjoyment? To the man who pleases him, God gives wisdom, knowledge and happiness . . .”

The message to us today is the same. Rather than hating life and toil and the work of our hands, we are given the hope, through Christ, of a relationship with the God Who is above the sun; above the circumstances that tend to discourage and defeat us. We do have hope. He is answering the question of the book which is: “Is there any meaning to the time that I spend in this world?” which we mentioned earlier. He has begun to show that by the eternal, discernible fixed course of all earthly things, and the experience of the empty and unsatisfactory striving of earthly wisdom and selfish gratifications, there can be a God-fearing enjoyment of life. We can gladly accept the blessings and present good of life because the results of our striving are not of our own making, it is a gift of God.

As one progresses though Ecclesiastes, it will become more apparent that it is not a discourse of despair and gloom. The treatise begins with very dark colors but begins to brighten as one progresses through the teaching. Chapter three begins to put the debate of life on a different plane and introduces more encouraging truths about life.