Check out the overview by clicking on link below: 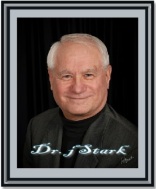 It is difficult to write on something that so many other scholars and want-to-be teachers have already covered in so many different formats. The FACTS don’t change. Bible content is something that cannot be copyrighted. Just like the free will of man to accept or deny the existence of a God supreme, it cannot be outlawed. Simple example in America: To pass a law about discrimination in any form does not eliminate it. This country (2016) is more polarized today than it was just 8 years ago. We can probably go back to the Civil War and see very similar hate, choosing of sides, difference of opinion in neighborhoods and a cluster of houses in a common section of almost any town feeling they are not a neighborhood-in-common.

I state the above as we close in on the end of our Revelation study. This is precisely what the Apostle John and many other bible prophets and authors of books in the bible have said for 3,000 years. They go into much greater detail, but without knowledge, how can one prepare for End Time? Simple answer… they can’t! This however does not mean End Time will also not come. It simply means that millions will lose his or her opportunity to survive it and spend eternity in a much more preferred place than hell.

A voice from out of the heavenly temple commands the 7 angels to “go their way and pour out the vials of God’s wrath upon the earth and mankind”. Note that John hears the command that all 7 angels are told to GO! Not go #1; then go #2 and so forth. There is an order or sequence but no timing is evidenced. Since all 7 are told to go with ONE COMMAND, it is highly unlikely that there is a span of much, if any time between the pouring out of the wrath bowls of God. [suggested insight follows later]

The sequence is as follows:

At this point there is a short interlude as an angel “in charge of the waters” points out (v5) that God is justified in doing this to his creation. He explains that man has shed the blood of God’s followers and “deserves” the same treatment. Then in verse 7 a voice from the alter seconds this proclamation made by the angel of the waters. The obvious…this is at the end of the Great Tribulation Period of 7 years.

We might also note that the first three bowls of judgement are similar to judgements one and six cast on Egypt at the time of the Israeli bondage in that country. Even though these Egyptian plagues were limited to Egypt, we do know what these “plagues” were limited to in durations. This may only be studied speculation, but it gives us some insight as to the possible duration of each plague in Revelation: The first Egyptian plague lasted for 7 days (Ex 7:25), the 9th Egyptian plague lasted for 3 days (Ex 10:21-23), and the 10th was for one night, beginning at midnight (Ex 12:29-31); all within a given week. This may be helpful to those who want a duration number or some possibilities given for the plagues in Revelation. For some reasonable speculation on days of duration, go to http://www.jesusalive.cc/ques219.htm. 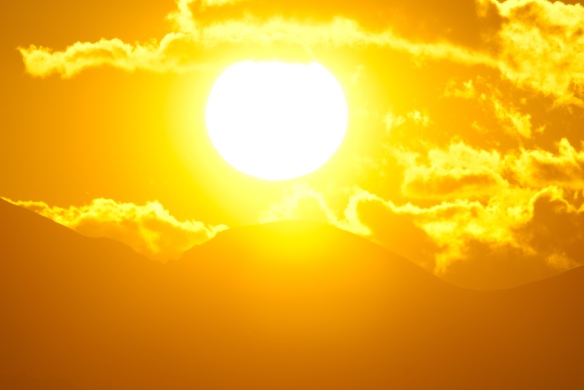 We hasten to add another note for the reader. Verse 9 states flat out that men cursed God and refuse to repent or recognize Him for who and what He was, is, (and at this point in Revelation) is to very soon come. It appears there is room for men to repent or at least give God recognition for who He is. Not to keep adding Greek to this blog, but sometimes it helps our understanding of scripture. The word “repent” in verse 9 is metanoeō in the Greek. This means to “change one’s mind.” However, we must recall what Revelation 14:9-11 states. If someone repents at this point, it could be suggested that their eternal punishment from the “books that will be opened” [Revelation 2012] could be lessened. However, changing one’s mind does not mean changing one’s heart. One can begrudgingly accept a previously denied fact but still not embrace it.

*There needs to be something that calls these armies together at Har Megiddo; 55 miles north of Jerusalem. We are not without strong compelling attractions to this Valley of Jezreel in northern Israel AKA, Har Megiddo. Here are a few:

Cataclysmic events such as islands disappear, mountains collapse and are no more, Jerusalem rises up to a high altitude as the waters from under soon-to-be Throne of God in Jerusalem begin to flow both toward the Jordan River and to the Mediterranean Sea. Jesus Christ sets foot on the Mount of Olives east of Jerusalem. Zechariah (14) tells us that the place of Jesus’ return to earth will not be Zion, Illinois, but the Mount of Olives in Jerusalem, Israel. The city of Jerusalem is divided into three parts. The armies gathered in plague #6 march on Jerusalem and are judged by Jesus. Babylon the Great, city or an institutional power, is destroyed as announced by an angel in Revelation 14:8 and again in Revelation 18:21. Great and fiery hail falls from the heavens. This hail from heaven has similarities to the Exodus account of plague #7 on Egypt recorded in Exodus 19:13-35. Is it a coincident for us to overlook the fact that this hail in Revelation is plague #7, just as it was in Egypt; i.e. #7?

Much of these plague events and event to follow occur simultaneously and/or in rapid succession. These events continue to be recorded by John in the next couple of chapters in Revelation.

Then I saw the beast and the kings of the earth and their armies gathered together to wage war against the rider on the horse and his army [Revelation 19:19; NIV]

1) What are the main points of this chapter?

2) What did a loud voice from the temple say to seven angels? (1)

– The earth; foul and loathsome sores came upon those who had the mark of the beast and worshiped his image

4) Upon what was the second bowl poured out?  What happened? (3)

– The sea; it became blood as of a dead man; every living creature in the sea died

– The rivers and springs of water; they became blood

6) Why did the angel of the waters proclaim God’s judgments as just?

– Because they had shed the blood of saints and prophets

– On the sun; men were scorched with great heat

8) Despite these judgments, how did men respond? (9)

– They blasphemed the name of God, and did not repent and give God glory

– On the throne of the beast; his kingdom became full of darkness, and people gnawed their tongues because of the pain

10) What again is said about the response to these judgments? (11)

– They blasphemed God because of their sores and pain, and did not repent of their deeds

– On the river Euphrates; it was dried up, so the way of the kings from the east might be prepared

– Three unclean spirits like frogs coming of the mouths of the dragon, the beast, and the false prophet

14) What warning and beatitude did Jesus give at this point? (15)

– Behold, I am coming as a thief

– Blessed is he who watches, and keeps his garments, lest he walk naked and they see his shame

– To the place called in Hebrew, Armageddon

– The air; a loud voice from the temple of heaven, from the throne, proclaimed, “It is done!”

– There were noises, thunderings, lightnings, a mighty earthquake

– The great city was divided into three parts, and the cities of the nations fell

– Great Babylon was remembered before God, to give her the cup of the wine of the fierceness of His wrath

– Every island fled away, and the mountains were not found

– They blasphemed God, because the plague was exceedingly great