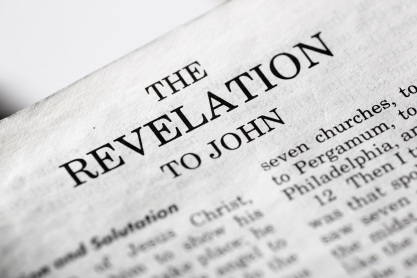 Before we get into chapter 18, let’s understand something. The Harlot or whore of Revelation is not a person; she is an institution; a great city according to 17:18. She confides, shares, and connives with government leaders to milk the public of wealth and uses great deceit. It is led by a religious organization located within this city; i.e. the Harlot. The false prophet is the leader of this religious deceptiveness; i.e. the false church and the false prophet.

Babylon is the reference only location from where this “governing association” with this false church organization functions or operates [17:18]. If one is to make an educated guess, this is probably Rome. It is all under the influence of Satan until he takes over directly during the second half of the Tribulation; either through the resurrected false prophet or through the beast. At that time Satan himself will call the shots. Recall in chapter 17 this Babylon falls out of grace with its associates and God destroys it in “in one hour.” Those who make great wealth from her existence mourn her loss as do many others who have made fortunes from her existence and their alliance with her will wail from a distance [Rev. 18:9]

The great John Walvoord wrote: “…two separate parts or stages of the fall, answering to the two aspects in which Babylon is contemplated, referring first to Babylon in mystery, as a system or spirit of false worship, and second to Babylon as a city, in which this system or spirit is finally embodied

The burning of the “the woman whore” by the beast with ten horns in chapter 17 is probably the city itself (Rome?). Consider this. The false institution and religion during the first half of the Tribulation is only incited and encouraged by Satan. During the second 3 ½ years of the Tribulation, called “the Great Tribulation,” Satan steps in as the guy, the man, the one to fear and worship. The false prophet of the first three and one-half years in the Tribulation may still be around. Some theologians believe that he dies during this great scourge of “Babylon/Rome” and is resurrected but now possessed by Satan or one of his demons.

A wise person would also keep in mind that Isaiah 1:21; Jeremiah 2:20; Ezekiel 16:1–43; and Ezekiel 23, do refer to Jerusalem as a harlot. However, Jerusalem does not fit as cleanly as does Rome for this end time prophecy. Their partial destruction is coming but at the hands of Satan himself.

This chapter begins with an angel of great power and Illumination upon the earth… meaning those alive at this time will bear witness to this proclamation of:

3 For all the nations have drunk the maddening wine of her adulteries. The kings of the earth committed adultery with her, and the merchants of the earth grew rich from her excessive luxuries.”
Oddly, this does little to draw in more believers and followers of Jesus Christ at this time in end history yet to happen. However, verse 4 of Revelation 18 is the basis of how some believe to be the timing of the Church Rapture. “Come out of her, my people…” This may or may not be true of the church such as what is called The Rapture. There will still be those who are “God’s people” at this time. We also know some are still on earth at the end of the 7 year Tribulation. This may be the church (v4) or it may simply be those believers who are on location and are told to evacuate to avoid the judgment coming down from heaven upon her. To come out of her tells us that it is a location; probably Rome or perhaps Jerusalem but this website supports the likeliness that it is Rome. It is the great wealth and the fact that it is the false prophet and a place of great luxury that puts the hat of demise on Rome, not Jerusalem at this time. But, Jerusalem (Jews and other members of the 12 Tribes) still hangs in the balance and will suffer greatly for rejecting the Messiah of the gospels.

Revelation 17:15 – 19 describe how these merchants and great masses of wealth attributed to the whore lament over her demise. Verse 20 however tells us that there are “people of God” still on earth [and in heaven?]. They are told to REJOICE over her judgment.

Verse 21 is often misunderstood. It reads: “Then a mighty angel picked up a boulder the size of a large millstone and threw it into the sea, and said: “With such violence the great city of Babylon will be thrown down, never to be found again” [NIV translation]. The second half of this verse says… “with such or similar violence.” It is a comparison, not a method of her destruction for it is quick. A human example would be like kicking a stool leg at night in your bare feet. It is sudden and without remorse. It is totaled! We see this in the remained of chapter 18; no more life in this city; no more business transacted; no more music or trade; no more weddings; no more… (You name it, and it will be forever gone). Actually with a literal view of this passage, there simply is no more Rome (city).

This is, in part, fulfillment of Revelation 6:10 and Revelation 14:10. One is the promised vengeance of those believers who are slain by the evil of this time and the other a warning by example of pending destruction. Both are found in the same ending verse of Revelation 18.

In our next chapter blog, C19, we get a better idea per the celebration of God’s destruction of the Revelation Babylon. It is all part of what God is recorded to say, “It is done;” Revelation 16:17 and again in 21:6.

Her judgment, Babylon, comes in one day. This reminds me of Daniel 5 where Belshazzar is destroyed within a day of Daniel telling him he is doomed.

The rich fool lost his possessions in one day according to Luke 12:16-20. This is the same for Babylon of Revelation.