“Father Forgive Them”… but who is THEM?

A small sentence and request with a global affect; Luke 24:34. Tens of thousands of sermons

have been preached on this phrase and thousands more will be. Some with traditional conclusions but seldom does anyone point out the THEM and what or who it includes or included. It is not proper to say “who it included” as that is speaking in the past, present tense.  What it is is a request or agreement consummated and at that moment fulfilled between God the Father and God the Son for past, present and future sin of mankind.

Both Strong and Thayer agree but from a slightly different angle per the word THEM. The translation is ἐγώ is egō; emphasis on the second half of this word.

Strong/Thayer: A primary pronoun of the first person, I (only expressed when emphatic): – I, me.

If the translation was ἡμᾶς; i.e. hēmas it would be “an accusative plural of them.”

JIV NOTE: Pronounce this word (hēmas) and think about one of the arch enemies of Israel today…HAMAS! It is the name of a terror group but written in the Arabic which is closely related to their cousins’ Hebrew language;  ???Father, forgive Hamas???

Another applicable translation of the Greek word for THEM is αὐτός; i.e. autos. This use of the word “THEM” has three similar but different points of references:

1) himself, herself, themselves, itself;

Critical thinking: Note that both translations of the Greek word ‘THEM,’ autos or hēmas, mean a singular factor; I, him, her, me, himself, herself, itself… all personal pronouns in the first person. 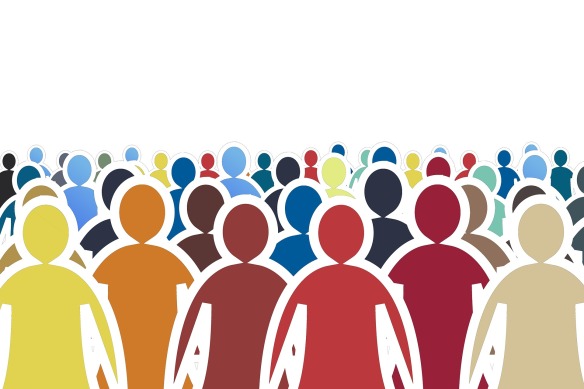 This is the point missed by so most in the church leadership and seminaries today. Jesus identified “THEM,” either autos or hemas, as individuals needing forgiveness. He was not limiting his agreement with God the Father with “Father Forgive Them” meaning those he could see and knew were trying to terrorize him and his followers.  It was not limited to his tormentors (terrorists) and those who had a direct hand in his death on the cross.  It was global, to the world for which he was paying the wages of sin. In short, with that statement we begin the church or the New Testament. The Old Testament was about a nation; the New Testament is about individuals.

To conclude this short blog, let me give the reader the lyrics of a short chorus this author wrote. It was a song with which his quartet often closed a concert.

God’s grace is sufficient for all of the human race;

God’s grace is sufficient for all who are in this place.

God’s grace is sufficient for each of us, you see.

God’s grace is sufficient for me, yes, just for me.