We begin this article by going back to the future. We published chapter 43 before this author wrote chapter 42. (His fault)

INTRO: In this chapter we have what remains of the former Kingdom of Judah, small and great, going to Jeremiah. The army forces and captains to which this passage refers are what remained of the Judean forces. Most likely, these were men stationed in out posts or remained hidden while Nebuchadnezzar’s forces conquered and burned Jerusalem along with many of the kingdoms fortified cities.

The ERV writes: “All the people, from the least important to the most important, went to Jeremiah.” Correctly written for better understanding it might read, “All of the remaining people…” It is human nature, but not of God, to seek help from a foe when the situation is totally helpless. How many turn to the world for solutions when s/he decidedly rejects God.

Why did they go to Jeremiah, the one they have despised for over 20 years? It appears that he has been the true prophet and those who called him false or a liar, were the false prophets. Jeremiah obviously had an “in” with God that no one else had. They needed help as all else was doomed.,

This is a parallel to End Time and Israel. They will finally be in a situation that all is doomed. The difference is the End Time will be just that…the end time. That time they will not only listen but see their Messiah. They came pleading for Jeremiah to do what each one of them could have done without him; worship God and plead HIS forgiveness. However, motive is underlying. They wanted Jeremiah to take the responsibility of their pending demise. He accepted, but with conditions. It is odd and revealing that they say to Jeremiah (v2,3; ESV), “pray to YOUR GOD.” They no longer saw the God of Israel as their God. In a manner of saying they are pleading to have this outsider god intervene on their behalf because the one true believer will petition for them.

Many times in my pastoring others have asked me to pray for them. This I willing do but it means nothing unless the one requesting prayer does something similar. There is but ONE INTERCESSOR between God and individuals…1 Timothy 2:5. Jeremiah is not mentioned in this scripture and neither am I. However, at this time mankind had direct access to God. Jesus did not arrive in history for another 600 plus years.

The surviving people of Judah wanted a way out of their predicament; not a way back to God. This is evidenced in the next chapter already posted on this website (Chapter 43). “…(may) the LORD your God show us the way we should go, and the thing that we should do.” Jeremiah agrees to petition God.

The following verse is something that those who use the Lord’s Prayer as a universal, all included, prayer in church services, MUST understand. They, as do we when we use the Lord’s Prayer as a group, are taking an oath even though Jeremiah is doing the praying. It is in the (Father’s) name of God. They say in v5… (ESV) “May the LORD be a true and faithful witness against us if we do not act according to all the word with which the LORD your God sends you to us.” 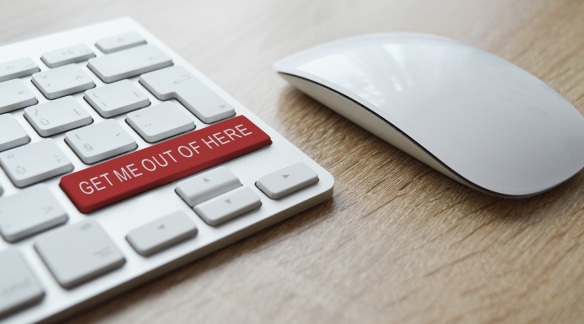 JIV NOTE: It reads, “may the Lord be a witness against us if we do not act according to all the words…” What does this comparatively mean when we ask God to forgive us our sins JUST AS WE FORGIVE ALL OTHERS?

The surviving people and militia of Judah add their own condition per their petition through Jeremiah to God. “Whether it be good or bad, we will obey.”

Jeremiah retreats to his prayer closet (symbolic words) and petitions God. God does not send a message to Jeremiah for ten days (v7). What this does to the emergency is put time between it and when the solution is offered. In short, time gives people an excuse to reject any solution. It is a measure of the true heart. In their own language (Hebrew) it is the kavanah; the true intent of the heart.

This article cannot put it any better than how it is written in the bible 42:10-22 (end of chapter 42). Here are the conditions of God’s protect to the remnant.

Jeremiah holds no punches as he promised back in verse 4 where he states, “I will hold nothing from you that God tells me.”What Jeremiah told them is not the condition or answers the Judeans wanted. They wanted God Jehovah to work for them but not the other way around. It is summarized in the final verse of Jeremiah 42… “Now therefore know certainly that ye shall die by the sword, by the famine, and by the pestilence, in the place whither ye desire to go to sojourn there.”

In the next chapter we see the peoples’ immediate response. They accuse Jeremiah once again of false messages from Jehovah God. This is just like praying the Lord’s Prayer corporately.  When we approach the Great White Throne Judgement and he says that he is forgiving us just as we forgave those who sinned against us we will never see the Promised Land. Yes, Jeremiah’s prayer was a group prayer and all had agreed to obey God’s conditions, but didn’t. The Judeans prayed corporately through Jeremiah to obey ALL that God commands. Some readers of this article who use the Lord’s Prayer in ignorance will immediately slip into denial. They will claim that it isn’t fair. Well, don’t tell me, tell God. That is precisely what the Israelites did. They blamed the messenger and refuses to obey the message.