Instructor’s Note: Last semester we left off at chapter 12:24. We now pick up where the Apostle Peter is no longer the center of the goings on; the Apostle Paul is primary to Acts 13-28. This term will mention Paul’s missionary trips to the Gentiles, but mostly discuss the issues of those days when Paul made his missionary travels. It isn’t a study to trace his three “missionary” trips establishing new communities of Gentile believers, but more to the historical facts of why and where he went and where he avoided going.

In this part, Luke describes how the gospel spread through more countries and by who; such as the connection with King Solomon in 945 B.C. and Philip’s encounter with the Ethiopian official almost 1,000 years later. It ends like this: ‘So, the Christians became stronger in their faith and more believers joined together daily.’ The people who joined were believers, not outsiders. This means those in The Way (Christians) in worship and discipleship were not the lost but those who were there to learn something beyond their salvation moment.

We learn from this portion of Acts how the good news about Jesus reached Europe. Paul started a new church in Corinth, a city in Greece. To its name-sake we get 1 & 2 Corinthians. He also started a new church in Ephesus; i.e. the Book of Ephesians. Ephesus was a very important city. It was in the same territory that is Turkey today. It is near Greece but mostly separated by the Aegean Sea. This part ends like this: ‘In this manner, the Lord’s message (to the believers) continued to increase in power and it spread widely.’

In the final part of our Acts study this semester, Luke tells us that Paul reached Rome. When the book ends, Paul is in prison under house arrest. There, ‘he preached boldly about God’s kingdom. He taught the facts about the Lord Jesus Christ and nobody tried to stop him.’ In other words, he brought many to a belief in Christ than sent them to a church of other believers to be disciples (learners) per living a life in Christ; i.e. To Be & To Live (be-liever) growing daily in knowledge and understanding.

When the book ends, Paul is in Rome. The Romans had arrested him. Luke does not say what happened to Paul next but he remained with him. So, many scholars conclude that Luke completed Acts very soon after this. Also, he said nothing about Emperor Nero. He killed many Christians in AD 64. Luke had likely finished the book in AD 62. We do not know the exact date. It only makes sense if Luke had not already written Acts, he would have included Paul’s execution under the sword of Nero; the firebug of Rome. 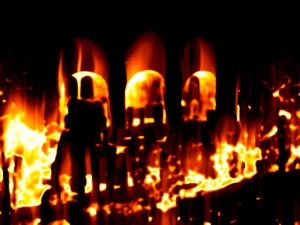 Nero was the last Roman emperor of the Julio-Claudian dynasty. He was adopted by his great-uncle Claudius and became Claudius’ heir and successor. Like Claudius, Nero became emperor with the consent of the Praetorian Guard. Nero’s mother, Agrippina the Younger, was likely implicated in Claudius’ death and Nero’s nomination as emperor. She dominated Nero’s early life and decisions until he cast her off. Five years into his reign, he had her murdered. He reigned from 54 A.D. to 68 A.D.

AHA MOMENT: The Rest of the Bible Facts not found in the bible; Job, Issachar, and Zebulon

After the Assyrian dispersion of the ten Northern Tribes of Israel around 720 B.C., tribes migrated north, west and east; Kazar/Kazak Empire. To the distant northeast we find a tribe even older than the Israeli Tribes; one that claims to descend from Job. Today they are called the Abii or Lob (Job) tribes…in *Siberia.

Extra Bonus AHA MOMENT: Shortly after the Northern Tribes of Israel were dispersed by Assyrians a people by the names Asakarta or Sagartii (Issachar) appeared in the Zagros Mountains between Iran and Iraq. British geographers discovered in a territory close by the name, of a clan of people who called their land Zabulistan (Zebulon?).

So much more but this is for an advanced study at a later date. The Bible is not a manuscript for a religion. It is traceable historical facts.

“The bulk of the Finns and Estonians are Israelite, but the Karelians are Japhetic but live within the lands of Israeli in Scandinavia. The Karelians live in an eastern province of Finland. They descended from Japheth (son of Noah)”