Getting into the act of Acts…

Acts 19:13 (ERV) Some Jews also were traveling around forcing evil spirits out of people. The seven sons of Sceva, one of the leading priests, were doing this. These Jews tried to use the name of the Lord Jesus to make the evil spirits go out of people. They all said, “By the same Jesus that Paul talks about, I order you to come out!“

…that Paul talks about? It is quite obvious these people knew Paul but did not know who it was that “he talks about.” The POWER of the name of Jesus alone is strong enough in and of itself to proclaim victory over ills, evil, demons, without regard to who speaks it. However, this is not license. Go back to the first sentence in 19:13 above. The ESV calls these traveling Jews exorcists; King James identifies them as vagabond; ASV calls them “strolling Jews”. It matters little who or what they are called but it is obvious each realizes that the power in the name of whoever it was Paul talked about (Jesus)had supernatural abilities.

Here is the seriousness of using a name like Jesus to heal or cast out demons without the protection of the Holy Spirit. These folks who used this “in his name” power paid a severe price for misusing it. Recognize that when they did use the name of Jesus what was demanded in his name did occur. Now think about the very loose tongue of people today. If we curse someone in the name of God or Jesus, what might be the consequences on us? Possibly if not probably the same as happened in Paul’s time. The curse turned on the one using the power of the name of Jesus.

There were seven sons of a priest named Sceva. They were using this method to heal and cast out evil spirits. Verse 15 and 16 give us the consequences for doing so.

(ERV) 15: But one time an evil spirit said to these Jews, “I know Jesus, and I know about Paul, but who are you?” 16: Then the man who had the evil spirit inside him jumped on these Jews. He was much stronger than all of them. He beat them up and tore their clothes off.

This is not some type of a ghost experience. It is a physical encounter and consequence. They were beaten, bruised, injured, and left in shambles. If we curse someone in the name of God or Jesus, we walk the same dangerous path. The power of the name of God/Jesus exceeds our understanding but hopefully this article puts each reader on alert; sensitive to what such use of the Holy Name(s) can do. 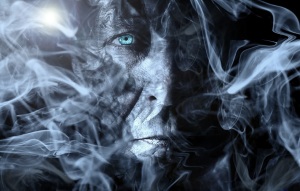 Fear engulfed the area as word spread about the attack on the 7 sons of Priest Sceva. We are not given their names so the emphasis of this passage is the consequence; not the who did it. Some if not most of the mystics in the area fell into the same fear of delving into the spiritual world for which they had little of NO understanding; knowledge but no understanding. This passage tells us that these magicians who practiced the dark cult and/or were using the name of Jesus to gain personal recognition brought their books, manuscripts and tools of their mystic arts to a huge fire. Read and listen to this…They in essence “burned the witch at the stake.” Hmmm?

The value of these evil books in today’s numbers would exceed 2 million dollars (v19: 50,000 silver coins). This is no small token. Gods’ message of his son’s salvation package spread like wild fire; (v20) “causing more and more people to believe.”

Acts 19:20 shifts gears once again. Paul has it in mind to go back to Jerusalem where his initial conversion began his trials and tribulations by the local Jews and synagogue leaders. Then he wishes to go from Jerusalem to Rome. The Lord had told him:

Acts 23:11b …“Take courage! As you have testified about me in Jerusalem, so you must also testify in Rome.”

Paul knew he was destined to go to Rome as the Lord told him so. But first he must go back to Jerusalem THEN go to Rome. Acts 20:23 witnesses to his hardships in advance of each one. There are two main items for one’s knowledge and understanding here.

This was nothing new to him even though he had been warned by others that to return to Jerusalem, the original center of his Sanhedrin and Jewish leadership issues would mean big problems for him personally. We won’t reference the multiple times he was warned by other believers and even the prophet *Agabus who used Paul’s belt to demonstrate what was ahead for Paul when he returned to Jerusalem. We find this in Acts 21:10,11. None the less, the Lord had told him he would go to Jerusalem first then to Rome. It took some rough experiences for it to unfold but unfold it did.

Dale Carnegie wrote a book titled “How To Win Friends and Influence People.” The Apostle Paul had a knack for not necessarily winning many friends but certainly knew how to influence people. Before he returned to Jerusalem he encountered a guy name Demetrius of Ephesus. Demetrius made good money making then selling idols and figurines of the Temple of the goddess Artemis. Paul was converting so many to THE WAY that he became alarmed about his livelihood. He organized a meeting of fellow idol makers. They had to stop this guy named Paul or they would be ruined. Part of Acts 19:26 states his case against Paul…

He [Demetrius] has convinced many people in Ephesus and all over Asia to change their religion. He says the gods that people [like us] make by hand are not real.

Demetrius goes on in the next verse: But there is also another problem. People will begin to think that the temple of the great goddess Artemis is not important. Her greatness will be destroyed. Paul greatly influence people from all walks of life. Paul in his determination wanted to confront these people but many with him restrained him. The mob had already snatched up many of those who traveled with Paul. But like walking into a crowd then beginning to star skyward, many will follow suit having no idea at what anyone is staring. Acts 19:22b says that most had no idea what the ruckus was all about; “Most of the people did not know why they had come there.” How common place do we see this within society today. Huge crowds gather, influenced by but a few, and soon, all are (symbolically) looking up at the sky even creating what it is they think they see… or breaking windows, burning cars, destroying properties hurting people and causing severe division. Sounds like the USA today. Right? 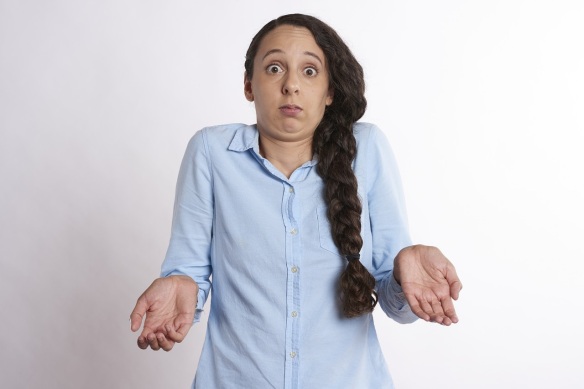 It takes the city clerk in Ephesus to bring calm to the gathering. He points out that these men have not spoken anything against the goddess Artemus. We close this article by printing the rest of the chapter as self-identifying for even today.

No one can deny this, so you should be quiet. You must stop and think before you do anything else.

“You brought these men here, but they have not said anything bad against our goddess. They have not stolen anything from her temple.

We have courts of law and there are judges. Do Demetrius and those men who work with him have a charge against anyone? They should go to the courts. Let them argue with each other there.

“Is there something else you want to talk about? Then come to the regular town meeting of the people. It can be decided there.

I say this because someone might see this trouble today and say we are rioting. We could not explain all this trouble, because there is no real reason for this meeting.”

After the city clerk said this, he told the people to go home.

PS; [personal prayer?] Lord forgive me for ever using your name to curse another. Even the thought of doing so is a sin but one you will forgive. It is only blasphemy of the Holy Spirit that has no pardon.