The sword to kill: the dogs to tear, the birds to feast and beast to devour. Death but no burial is what this passage in Jeremiah 15:3 prophecies. The KJV is specific; the sword to slay and the dogs, fowl, and beasts to destroy and devour. By default this is carnage without honor and burial.  There are no funerals. Judgment will be swift. Judeans have pushed the envelope containing God’s covenants with them too far. Remember that every covenant says…”If you ___, then I will ____.” This includes disciplinary action. 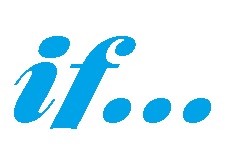 In a very real way, this predicts and previews End Time. Death will be so rampant little time will be allowed for burials. Ezekiel 39:12 tells us that after the Battle of Ezekiel it will take Israel (note Israel is still existing) seven months to bury the dead of the enemy to cleanse the land. This battle is better known as the Battle of Gog and Magog. Back up a few verses in Ezekiel 39 and we read information that needs discussion and clarification. There is not adequate time to fit this into our Jeremiah study but this shouldn’t stop the reader from taking this under her or his wings and pursuing it as a person studying to show one’s self approved of God.

This is not a pretty scene. Once again in chapter 15 v1 God addresses His people as “this.” Even the God honoring Moses and Samuel would not be able to deter Gods’ wrath and punishment on Judah. If we recall from an earlier chapter article on Jeremiah, God says Judah is even worse than the Northern Kingdom of Israel that was totally dispersed 120 years earlier. Judah witnessed the punishment of her northern cousins but continued in her evil ways…hiding behind the fact they have the Temple in Jerusalem. Similar to claiming attendance at a given church or synagogue in today’s culture means God is on our side. No matter what we call it, it is the focus of worship that only matters.

JIV NOTE: We can take from this and other passages that up to a given moment God can be reasonable with His creations and change his mind.

The Contemporary English Version (CEV) puts it this way per verse 3: “I will punish you in four different ways: You will be killed in war and your bodies dragged off by dogs, your flesh will be eaten by birds, and your bones will be chewed on by wild animals.”

Now comes one of the mysteries of this chapter. God tells Jeremiah that this punishment of Judah is also due to the actions of King Manasseh of Judah. According to Charles Spurgeon, King Manasseh was not a believer in his own God of Israel-Judah, lead the way in rejecting Him, then in his later years repented. In a sense this parallels the life of Saul/Apostle Paul. Manasseh was the son of *King Hezekiah, a relatively honorable king. What made King Manasseh’s sins so punishable, it was not covert, but overt sin. What makes this verse so curious is that Manasseh was not king during the lifetime of Jeremiah.*King Hezekiah is the king God told he was about to die. He pleaded with God and God extended his life by 15 years. Amazingly, Manasseh was born during Hezekiah’s 15 year extension on life that God had given to him. Yet, Manasseh learned nothing from it as a child even though he was only 12 years old when his father died. (Hint: 15 minus 12 = 3; Hezekiah fathered Manasseh three years after he received his 15 year extension to his life)

King Manasseh put his idols in the Temple of God; one might say in the face of God. WOW! How overt. He had no shame. He was going to do it HIS WAY even though he was a descendent of King David, these choices in life are individual. The church will not save us. Neither will membership. Our bloodline must be with Jesus. The only way is HIS WAY.

Jeremiah is dealing with a people who blatantly sinned and by unanimous consent, their choice. The bible suggests God’s punishment is because of the sins of Manasseh. Let’s understand this better. God is not blaming Manasseh and just now, in the Book of Jeremiah, taking it out on the people of Judah. (Thank you Lord for this insight) It says in verse 4 “…because of what Manasseh did…” It isn’t because of Manasseh personally, but the blatant sins and in-your-face attitude he had before finally repenting. This sinning was still prevalent in Judah at this time. They are just like him in attitude. Manasseh eventually confessed and returned to God seeking forgiveness. One could easily give him the title of “The Prodigal King.” Judah did NOT repent or believe Jeremiah. He ruled Judah for 55 years.

JIV NOTE: We often hear today much debate about borders and building walls to protect our homelands. Well, after King Manasseh was released from Babylonian captivity, he built a great wall around the city of Jerusalem. Not to keep his people in, but to keep out the enemies who have not been properly vetted from entering the gates of into Jerusalem [II Chronicles 33:14].

II Chronicles 33:9 tells us that the people of Judah exceeded the evil done by the people God drove out of Palestine/Canaan to make room for his chosen 12 Tribes; i.e. The Promised Land. Egregious is what comes to mind using our English vocabulary to describe Judah at this time. This is the scenario found in Jeremiah 15.

We know that God is willing to change his mind when we confess sin and follow Him. Jeremiah 15:6 simply states that God tired of showing mercy (changing his mind) for the sake of what we might call fox-hole believers of but not in YHWH. Once things are good and okay again, as it is stated in Proverbs 26:11, “As a dog returns to its vomit, so do fools repeat their folly”. 2 Peter 2:22 also comments the same. Judah had other idols before YWHW-God. To them they returned so they could have a god they create instead of following the God who created them.

Jeremiah 15:7 gives us an insight many miss by purely reading this chapter…by scattering you like straw blown by the wind. I will punish you with sorrow and death, because you refuse to change your ways. We usually consider the Babylonian captivity a 70 year punishment after which the Jews of Judah (see above archeological clay tablet discovery)  would be allowed to return to Jerusalem. This is partially true. The Book of Daniel expounds on this promise and its fulfillment. However, only a remnant returned after Cyrus the Great decreed the captive Judeans in Babylon were free to go home. He even payed their way to return and rebuild their Temple. Only a very small subdivision of Judeans ever returned. Greats like Daniel, Nehemiah, Ezekiel, Shadrach, Meshach, Abed-Nego, ­­­­­­­­did not return to resettle in Jerusalem.

An interesting and easily misunderstood word used in some of the translations, as in v9, is the word sword. “…the residue of them [left in Judah after the Babylonians overran them] I will deliver to the sword.” The Hebrew for sword is “cherub” and can also mean drought. Driven by sword, knife or drought. The residue of left behind Judeans were scattered to the winds of the world like chaff.

At 15:10 we actually have a new topic, change in paragraphs, and change of thought. Jeremiah complains once again to the Lord God. He basically falls into self-pity saying it would be better had he never been born. The ERV puts it: “…[I am] a man [Jeremiah himself] of strife and contention to the whole land! I have not lent, nor have I borrowed, yet all of them curse me.”  Woe is me is the context of Jeremiah’s declaration to God.

Verses 11 and 12 state that God will protect Jeremiah, and he did, but the people or army of Judah would not defeat their Babylonian enemies. All that is in the land of the Kingdom of Judah will be spoils of war. If it can be removed, the victorious Babylonians will take it. Even their wives, daughters and possessions will fall plunder to the invading Babylonians. But Jeremiah isn’t finished trying to put the blame on God’s shoulders instead of the Kingdom of Judah. The CEV in verse 15 says “You can see how I suffer insult after insult all because of you God.” Jeremiah is still suffering from the human nature born into us. What he says per it being God’s fault is not inaccurate. It is for the cause of God that Jeremiah is suffering a very limited social life, a single man without family, and an outcast in his own country. Jeremiah is trying to remind God of something God already knows. God anointed Jeremiah just for this purpose in life. Jeremiah knew this from the beginning yet he opts to make mention of it to God.

We are getting ahead of ourselves but we already discussed it in our Book of Daniels studies. When the opportunity arose for Jews (Judeans) of Babylon to return to their land only a very small number answered the call. This was largely because they had carved out a niche for themselves in Babylon. It was not perfect, but it had a lot of advantages. Millions of those who now live in and around this same area today now known as Iraq, Iran, Syria, and the Mesopotamian Valley area, don’t even know they descended from the Tribe of Judah; the captive Judeans who remained in Babylon 2500 years earlier.

As we close our look at chapter 15 and move on, it is paramount that we fully grasp the final verse in 15. Why? Because of the debates over what happened to Jeremiah at life’s end. We will discuss this in later articles but for now…

Jer 15:21 “I will deliver you out of the hand of the wicked, and redeem you from the grasp of the ruthless.”

God makes a covenant with Jeremiah and God is a person of His word. He will be delivered out of the hand of the wicked AND redeemed from the grasp of the ruthless (his own people). Remember this passage as we continue going through the Book and life of Jeremiah.