How, when, or why did differing denominations enter the early Christian church of believers? We find in Acts 15 one of the reasons for this split be it conscious or consequential; but mostly due to tradition. We see this in the opening verse of Acts 15:

“And certain men came down from Judea and taught the brethren, saying, Except ye be circumcised after the custom of Moses, ye cannot be saved.”

…”except ye be circumcised after the custom of Moses ye cannot be saved?” Paul and Barnabas took issue with this. The “men” who came from Judea are not even identified. This means the messengers themselves are of little value but their message needs to be addressed. Already in the early church we have man-added conditions for salvation. The beginnings of denominational differences.

THE CUSTOM OF MOSES??? Here is a hint of early denominational ism. The custom of Moses has nothing to do with the New Testament salvation message. Men, not one man, came from Judea and preached this “condition of salvation.” That means they were not alone in their thoughts but were something like an early type of missionary but with a wrong message; a condition of salvation added to the burden of wanna be believers. The bible gives but one condition for salvation; believe in the Lord Jesus Christ (to be and to live). No works or conditions other than the blood of Jesus Christ covering and washing clean our record; repent and believe.

Acts 15:2 tells us that Paul and Barnabas “had no small discussion with them” but took the issue to Jerusalem for counsel. They went directly to those who had spent a good deal of time alongside Jesus on earth. They sought their input. When they did they discovered some of the culprits. It was those who had been steeped in Judaism. Those converted to Christianity but were traditional Pharisees. They wanted to hang onto their traditional worship routine. We find this in verse 5. “…Pharisees rose up and said, “It is necessary to circumcise them and to order them to keep the law of Moses.” Now from where did they get this condition? TRADITION JUDAISM!

Acts 15:6 is an example of what Isaiah 1:18 tells us. Acts 15:6 states (ESV) The apostles and the elders were gathered together to consider this matter. Isaiah 1:18 states (ESV) “Come now, let us reason together, says the LORD: though your sins are like scarlet, they shall be as white as snow.” Two things glare at us from the passage in Isaiah. First: the Lord states that reasoning is a good thing to settle differences. The second point, there is no condition of circumcision included in what the Lord states per Isaiah. 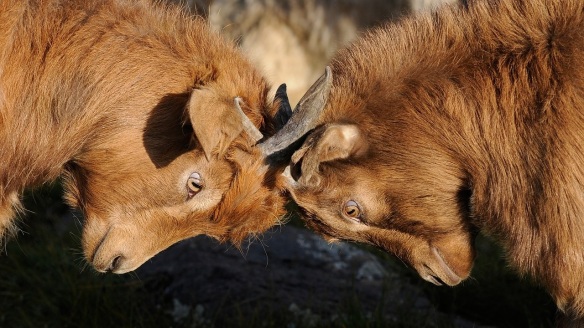 Acts 15:7, depending upon the translation one uses, this verse can read like this “discussion was nothing short of an argument. The word used in some translations is disputing or arguing. The Greek is best stated in the ERV or KJV…”to consider…” (eidō). The elders and Apostles reasoned together, not one side arguing their point; a point that planted the seed of denominational positions or differences.

Beginning in Acts 15:7 Peter takes the floor and explains it all in something like a summary judgment or conclusion. Many Jews still thought that salvation was just for them; not for the Gentiles. We discussed this in an earlier Acts article in this website. This was the Roman Centurion Cornelius and Peter encounter found in Acts 10. Peter points out to the gathering in Jerusalem that any additional inclusion or practice outside of the blood of Jesus Christ and one giving his or her life to follow Jesus would be an “added yoke.” In fact, Peter offers a significant warning in Acts 15:10…”WHY ARE YOU PUTTING GOD TO THE TEST?” A small but significant insight is also found in this same verse. Peter calls ALL BELIEVERS “disciples.” Since the word disciple (mathētēs) simply means learner or student, we can now conclude that as believers we are to be students of the Word of God; i.e. Bible disciples.

Something too often overlooked by many including theologians is found in Acts 15:14…

“Simeon (not Simon Peter) relates how God first visited the Gentiles, to take from them a people for his name.”

“to take from them…” In other words, Simeon points out that there is really no spiritual DNA difference between the Jews (12 Tribes of Israelis) and Gentiles. God took from [within] the Gentiles a people and made them special. He called them Israelis through Abraham, Isaac and who God renamed Jacob ISRAEL Simeon points out that there is no spiritual DNA difference among all men but (v20) point out a way of living that is honoring to God. All come from Adam and Eve; Noah.

Acts 15:22 finds agreement among the council and they send out preachers and teachers to all mankind. The council writes a letter of explanation to be take to the Gentile believers.

Act 15:25 We have heard that some men have come to you from our group. What they said troubled and upset you. But we did not tell them to do this.

Act 15:25 We have all agreed to choose some men and send them to you. They will be with our dear friends, Barnabas and Paul.

Act 15:26 Barnabas and Paul have given their lives to serve our Lord Jesus Christ.

Act 15:27 So we have sent Judas and Silas with them. They will tell you the same things.

Act 15:28 We agree with the Holy Spirit that you should have no more burdens, except for these necessary things:

Act 15:29 Don’t eat food that has been given to idols. Don’t eat meat from animals that have been strangled or any meat that still has the blood in it. Don’t be involved in sexual sin. If you stay away from these, you will do well. We say goodbye now.

All is not as it might seem between Paul and Barnabas now in Antioch with the Gentiles and group of new believers. Paul suggests he and Barnabas return to the cities where they had built a body of believers to check on them. Barnabas wished to take John Mark along; the one who had left their group early in the first missionary trip. Paul did not want him (John Mark) to come along probably believing he would be an anchor of sorts only to leave them once again to return home. Acts 15:39 does point out that the issue of whether to bring or not to bring John Mark along became contentious. This divided the two into four men. Paul took Silas and Barnabas took John Mark (the Mark of the Book of Mark) both going back to visit the established churches but in a reverse direction. Barnabas and Mark begin in Cyprus. Paul and Silas begin in Syria; i.e. Paul’s second missionary journey and another different opinion in the church.