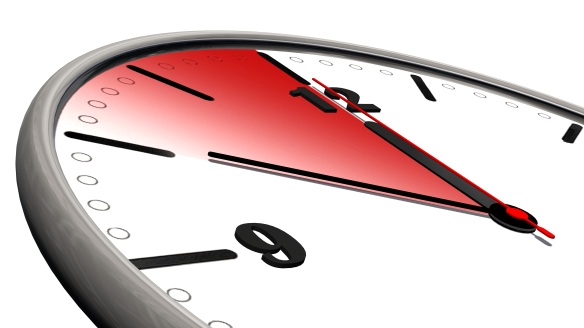 This is a very unusual chapter in almost all of scripture. Jeremiah is telling his countrymen what to expect in the immediate and end time future in and around Jerusalem and Judah. The Babylonians are coming! Not just this, but the almost cannibalistic marauding they will do in this Kingdom of Judah.

The Babylonians will be grave robbers!!! As did happen 1,500 years later when the Spanish conquistadors invaded and conquered the Inca, Aztec and other South American Indian cultures and civilizations, their [Babylonians’] thirst for treasures and gold simply could not be satisfied. Jeremiah is telling the people of Judah that the Babylonians will even defile the graves of the average citizen of this  kingdom. Why? A two-fold reason.

Contemporary English Version (CEV): These bones will be scattered and left lying on the ground like trash, where the sun and moon and stars can shine on them.

A side note gives additional insight. This passage is probably from where we get the statement, make no bones about it.”

The God of Israel is allowing this to happen because of his disgust with the very people he has rescued over and over again. He took them from the edge of defeat many times. He blessed them when they didn’t deserve it. He called them HIS CHOSEN PEOPLE. We should note that God also promises in Isaiah 13 and *Habakkuk 2 that he will punish the Babylonians for what we would call today – overkill; brutal actuality. The bones of these Judeans were NOT reburied but left to sit under the false gods they worshiped; that is the sun, heavenly beings such as stars, and moon.  In a sense one might deduce that God is saying “their false gods won’t even care about this grave robbing and after-death abuse.”

* Habakkuk pleaded with God, asking Him to save Judah from her own wickedness. God answers, but not in the way Habakkuk expected.

To judge Judah’s wickedness, God says He will hand them over to the Chaldeans [Babylonians]: a nation even more wicked, violent, and corrupt.

Again, the CEV reads: Jeremiah 8:4, 5 The LORD said: People of Jerusalem, when you stumble and fall, you get back up, and if you take a wrong road, you turn around and go back.  v5 So why do you refuse to come back to me? Why do you hold so tightly to your *false gods? (of wood, stone, sun, moon stars…)

Deuteronomy 4:24 says that God is a jealous god. He will not have other gods put before him. Translation? Anything that comes before God in worship or importance is not acceptable in His eyes. Israel, Judah, today’s church, and its quasi-Christian membership, are guilty of this.

As powerful and descriptive as Jeremiah 8 is, verse 7 adds to it. God points out through Jeremiah that even the birds of the air know when to fly away from the impending winter. God’s chosen people hide behind things in their vain attempts to justify their ungodly actions and staying put in their ways. Remember back in Jeremiah 7:4 we have the Judeans pleading and hiding behind the fact that “we have the temple.”

To God this is not a safeguard. It is another obstacle to worshiping Him.  Later he promises to let the TEMPLE be destroyed in order to make this point. The Romans destroyed it for the final time in 72 A.D. What so many do not understand per Syria, the huge city of Aleppo and how the Levites treasure things more than God; Jews hid the “Aleppo Codex” in Aleppo for 6 centuries. Yes, the same Aleppo Muslims have conquered and destroyed in their attempt to wipe off the face of the map. They know things we Americans haven’t a clue.

Sarina Roff’e of JewishGen.org writes: “Few cities can match the glory of Aleppo, Syria, a city that spans Jewish history from the days of King David over 3,000 years ago. Aristocratic and noble, Aleppo was the crown of Jewish splendor in the Sephardic [Jewish] world.”

The Book of Psalm [30:] and Samuel call Aleppo, Aram Soba. The New Testament sometimes identifies the same Aleppo of today as Ber[o]ea. The original settlement was called “Halab” which in Arabic (ﺣﻠﺐ) means: “where Abraham milked his cows.” Arab (Muslims) and Jewish tradition both state that Abraham first stopped in Halab (Aleppo) after leaving Ur, his home town.

SPECIAL BLOG NOTE: The Aleppo codex is the ONLY COPY of the entire text of the Bible. It is written on animal skins using a black iron ink. Hid and secretly protected for centuries by Levite priests.  Paul E. Kahle, when revising the text of the Biblia Hebraica in the 1920s, tried and failed to obtain a photographic copy of the Aleppo Codex. This forced him to use, believe it or not, the Leningrad [like in Russia] Codex instead for the [his] third edition, which appeared in 1937. This tells us something about where large dispersed communities of Jews, Levites and other Israelis from the Northern Kingdom must have lived for hundreds of years after the Assyrian and Babylonian dispersions; Aleppo and Leningrad. MY, my, my, how (secular) history IS [actually] all about God.

Why all this about Aleppo and Jeremiah? Jeremiah points out that Judaism of his time had become a religion of THINGS or religious items instead of God. We  need to know the significance of the bible being history, not a religious manuscript.

Judeans and the priestly Levites also hide behind the Laws of Moses but only when they are to their advantage. Jeremiah points this out in a backhanded way in Jeremiah 8:8 & 9. Again, the Israeli’s, in particular those of Judah (Jews), hide behind the teachings and laws of ‘the Lord’ rather than worshiping the God who created them.

Jeremiah 8:13 needs explanation. It reads as if God will wipe out the people of Israel and Judah. The translated Hebrew words “wipe out” are sûph in the Hebrew. It means to “snatch away” and be placed elsewhere but not as a country or kingdom. That reuniting of both the Northern Kingdom of Israel and the Southern Kingdom of Judah will not again happen until Jesus returns to the Mount of Olives. He will call his people from the four corners of the earth to return to Israel under his kingship (see this website: Book of Revelation series).

Once again and in reference to the birds that know to leave when winter is approaching, those of Judah simply say in V14, Let’s run and hide in a fortressed wall of another city. They never consider returning to God and confessing their sins to him. He did promise to not disperse them if they would. THEY NEVER DID! This confession of the sins of Israel happened about 70 years later. Daniel prayed a confessional prayer for his people, all Israel, from captivity in Babylon (Daniel 9). 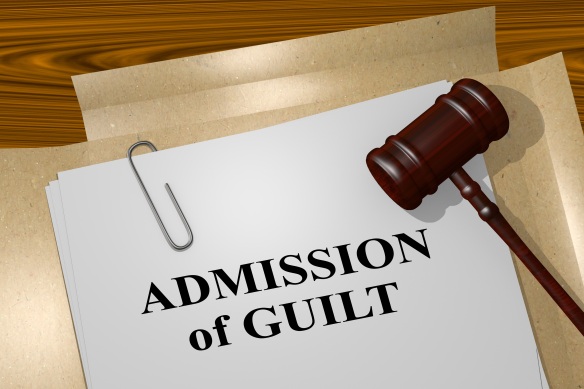 Jeremiah 8:17 is another step backward in their history and a parallel prophecy. It says in the CEV: Our enemies (plural as in enemies; so it is more than Babylon alone) have reached the town of Dan in the north, and the snorting of their horses makes us tremble with fear. The enemy will destroy Jerusalem and our entire nation. The northern kingdom by the time of Jeremiah was long dispersed as was this abode of Dan. This is either a reference back 120 years when the Kingdom of Israel still existed or a prediction of Armageddon in a history yet to be played out. This is an Armageddon or Har Megeddo where 200,000,000 troops from all nations gather to invade Jerusalem. (revisit our study on Revelation in the website).

Micah 3:11 puts the wrap in this deserved punishment of Israel and Judah. He writes:

Her leaders judge for a bribe, her priests teach for a price, and her prophets [prophecy] for money. Yet they look for the LORD’s support and say, “Is not the LORD among us? No disaster will come upon us.”

The vipers and snakes mentioned in verse 17 are symbolic of the invading enemy(ies). They will not be charmed or bought off either then or in End Time Armageddon. Neither will negotiation be available. Young’s Literal Translation (YLT) uses the past tense (have been bitten) meaning they are already determined to conquer. The wonderful promise in this parallel prophecy with Revelation 16:12-14, Israel will finally realize Jesus Christ IS THEIR MESSIAH when he destroys these invading armies of the nations. First is the invasion of Babylon; 597 B.C. Then comes the return of Jesus to the Mount of Olives where He proclaims himself as King of kings and the armies of the world gathered in Har Magiddo attack Jerusalem.

CLOSING STUDY NOTE: Jeremiah is not written in a chronological order. This makes it a little bit tougher to sequence events. One might out line this book in a broad way: the early chapters preview what is going to happen. Then the middle chapters and the bulk of them describe in great detail these events and how they will happen. Concluding the Book of Jeremiah is a summary of these same events and the prophesied destruction of Babylon, Egypt, Moabites, Philistines (today’s Palestinians; Jordan), judgment of Edom and the Ammonites (Jordon, Damascus of Syria and Kedar, Hazor, Elam in present day Islamic Iran but in End Time.