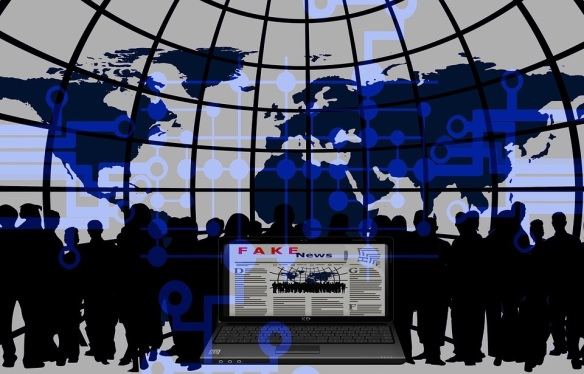 Just like the Fake News of today on liberal TV and radio, Jeremiah is dealing with Fake Prophecy in a man called Hananiah. Oddly he is called a prophet and is the son of one also [Jeremiah 28:1].

Hananiah was a Gibeonite: These people descended from the line of Ham; a son of Canaan. They are a mix of the Hivites and Amorites. NOTE: Amorites are not the descendants of Lot’s daughter; i.e. the Ammonites.  400 years earlier during the time of *Joshua (he replaced Moses as their last kingless leader), the Gibeonites, fearing the mass of Israelis coming into the land, tricked Joshua into signing a “non-aggression” peace pact of sorts. After signing an agreement with them, Joshua soon realized these were not a people of a great distance, but were in the land God had instructed him to conquer. They eventually melded into the Tribes almost becoming one of them. (Find this history in Joshua 9)

*After Joshua died, Israel (all 12 tribes) was more of a confederacy and ruled by judges. This is what the Book of Judges is all about.

God had told Joshua to not sign any peace agree with the inhabitants of the Promised Land. He was tricked so God told Joshua to honor his word and signature. After 400 years of living amongst them, King Saul violated this “non-aggression pact.” The history is gruesome but God expected King Saul to continue honoring Joshua’s word and peace agreement. It cost Saul 7 of his sons by hanging as retribution. Oddly enough, after these hangings, the Gibeonites are not mentioned again in scripture.

Hananiah claims to have heard from God and what he says is prophecy goes directly against what Jeremiah already knew was going to continue to happen. Hananiah says the “He has broken the yoke of bondage on the captive Israelites (the Jews/Judeans of the Kingdom of Judah). What was stolen from the Temple in Jerusalem and those taken into captivity would all be returned within the next two years.

However, in a previous article on Jeremiah we learned that Jehoiachin, who had been on the throne of Judah for only 3 months, would never see his homeland again dying while in captivity. He was released by Nebuchadnezzar’s son Evil-Merodach after 36 years in a prison but remained in Babylon. Evil-Merodach ruled Babylon for two years before being assassinated. (https://www.biblicaltraining.org/library/evil-merodach)

JIV NOTE: Jehoiachin was also known by the names Jeconiah and Coniah.

This short chapter in Jeremiah gives us insight into false news or prophecy. This can include in modern terms, fake news concerning Israel. There is always going to be a price to pay for violating God’s hand chosen people Israel. Jeremiah humors Hananiah and the witnesses in the Temple. He acts delighted that this may be a good, no, a great thing if it were true.

Jer 28:8  There were prophets long before you and I became prophets, Hananiah. They spoke against many countries and great kingdoms and always warned that war, hunger, and disease would come to them.

Jer 28:9  So the prophet who says that we will have peace must be tested. (so…) People can know that he really was sent by the LORD only if his message comes true.” (ERV)

All of this conversation and predictions or prophetic declarations happened, as Jeremiah 28 tells us, during the “the fifth month of the fourth year Zedekiah (appointed by Nebuchadnezzar to rule) sat on the throne.” Jeremiah 28:15 – 17 tells us the rest of the history though very short-lived. It reads in the ERV:

Jer 28:15  Then the prophet Jeremiah said to the prophet Hananiah, “Listen, Hananiah! The LORD did not send you. But you have made the people of Judah trust in lies.

Jer 28:16  So this is what the LORD says: ‘Soon I will take you from this world, Hananiah. You will die this year, because you taught the people to turn against the LORD.'”

Jer 28:17  Hananiah died in the seventh month of that same year.