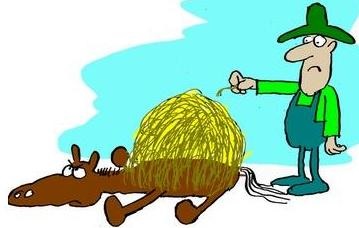 Acts 18:6 (the final straw between Paul and the Jewish opposition to him)

But when they opposed Paul and became abusive, he shook out his clothes in protest and said to them, “Your blood be on your own heads! I am innocent of it. From now on I will go to the Gentiles.”

It is obvious in our studies that almost without fail Jewish leaders harassed Paul even following him after leaving a particular synagogue or town. As soon as those Jews in a previous town heard he had moved on to another synagogue in another part of the country or world, they sent men to disrupt his activities and Christianization of those in that town. ­­Emperor Claudius also had an issue with this Jewish trait of kicking a horse after it was down in order to force it to go a few more inches.

Somehow these Jewish Synagogue oppressors of Paul could start riots anywhere they went as long as the people in these other areas were also entrenched in Synagogue traditions and rules. How they did it is a matter of history… they accused him and accurately so of violating “the way it had always been;” i.e. traditional worship and way of life.

When Paul “gave up on his fellow Israelites” and the Sanhedrin bunch, he set a precedent for us today. Our job is NOT to convert or force others to take action. As we know from the Learning Pyramid (background on this page), the best one can do is take another up to the point of knowledge and hopefully understanding. The BIG BUT is that the listener must make a choice; accept this new knowledge and desire a change or reject it leaving it behind, and as in Paul’s life, try to destroy the messenger. Paul walked away shaking the dust from his garment hem and sandals; i.e. Acts 18:6.

Jews “oppose and blaspheme” the gospel and the Lord Jesus Christ, who is at its center. In an acted out parable or demonstration of “shaking the dust off out his robes,” Paul disassociates himself from the Jews for several reasons. He wants to be clear per the eventual judgment from God that their blasphemy will incur. He wants them to know that their rejection of the message places them in the same position as unbelieving Gentiles; facing the same justice and judgment of God in the final days of the world as we now know it. He wants to declare his freedom from any further responsibility for their eternal destiny (Nehemiah 5:13; Luke 9:5; 10:10-11; Acts 13:46, 51). He cannot act as their conscience and elicit conviction or a better understanding. Using Old Testament phraseology (2 Sam 1:16; compare Mt 27:24-25), Paul’s declaration of “I can do no more” says as much. Their guilt and coming punishment are their own responsibility. This is true of all mankind once we stand at the Great White Throne Judgement.

This however does not mean Paul will (or you and me as be-lievers) should cease trying or actively sharing the gospel. Paul changes locations and target markets (switching from targeting Jews to the Greeks/Gentiles) but does not change the message. God is the same regardless of location. In light of the vision of Revelation 5:9-10 and 7:9-10–“a great multitude that no one could count, from every nation, tribe, people and language, standing before the throne and in front of the Lamb”–it is right for us today to claim the promises and obey the commands of Acts 18:9-10.

Paul was in trip #2 of his three missionary journeys. Somewhere between 44 A.D. and 51 A.D. Emperor Claudius had ordered all of the Jews in Italy to “leave the country.” This is very true of Aquila and Priscilla. Paul meets this couple from Italy and is immediately sees their love of God. They, as was Paul, were tent-makers (Acts 18:1-3). This missionary couple from Italy is mentioned 6 different times in scripture. Acts 18 is the first time we hear of them but always named as a couple. Perhaps 15 or 16 years later, when Paul is near death and writing his final letter to Timothy in Ephesus, he urges Timothy, “Greet Priscila and Aquila” (2 Tim 4:19). They were still active missionaries of the church and alive.

Emperor Claudius had issued his “get out of Dodge” (Italy) order specifically because Jews had an overwhelming tendency to be trouble makers. Paul had experienced this several times during his journeys. Just as their traditional religious adherence issues with Paul, they couldn’t leave it alone. Wherever these traditionalists went, trouble-making was their sole purpose. One might say they pursued it. They followed Paul from Synagogue to Synagogue causing riots in each city that resulted in Paul being stoned or escaping with his life at night.

In Acts 18:12 through verse 17 Paul is hauled before a secular court of Gallio by the Synagogue leaders for teaching a way of worshiping God that is contrary to Judaism. “It is against our laws”…traditions if read carefully. Gallio was the governor of this Roman province therefore the judicial branch of their court system. We read that they forced Paul in front of *Gallio.

*JIV: This to me means or supports a somewhat partial view of separation of church and State. Lucius Junius Gallio Annaeanus or Gallio was a Roman senator, governor of Achaia and brother of the famous writer Seneca. He is best known in secular histories for his impartial judgment of a legal case involving Paul the Apostle in Corinth. Since Gallio’s tenure as Governor of this territory can be traced to around 52/53 A.D., we can also date Paul to this same date.

JIV NOTE: One should also understand that the Titius mentioned in Acts 18:7 should not be confused with the Titus to which Paul later wrote the Book (letter to) Titus. Another confusion can be the mentioning of Crispus (v8) and Sosthenes (v17) as the Chief Ruler in that Synagogue. Some historians suggest that Crispus, who accepted Christ through Paul’s ministry, was later replaced by Sosthenes as Chief Priest. After all, Paul remained in Corinth for about 18 months. Here are the options due to the mentioning of Sosthenes in 1 Corinthians 1:1 as joining the Apostle Paul. Here are the options. Crispus is mentioned once again again in 1 Corinthians 1:14. We teach – You Decide

Fascinating as a point of knowledge… since 1 Corinthians 1:1 identifies Paul and Sosthenes as sending greetings to the church in Corinth, one might also suggest Sosthenes co-authored at least part of the letter to the Corinthian church. They both hailed from Corinth and the new church established there.