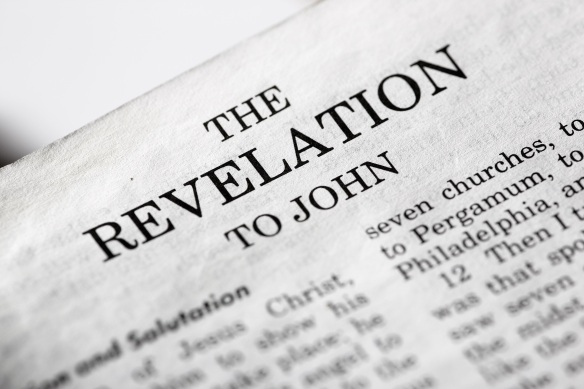 We are about to conclude our look at and study of the Book of Revelation. Other than the first three chapters it is all about Israel and those who live in and during the tribulation 7 years. It will be good for us to recall a few things about Israel.

Every conflict in or around Israel is not THE [Revelation] SIGN of End Time. There has been conflict in the Middle East and especially with Israel since recorded history. The only time on can point to a semi-peaceful time in Israel was BEFORE King Saul. For 400 years the 12 Tribes lived within their own territories and only joined forces when an outside force caused problems or attacked one of the other tribal territories. But, even during the time of the Judges there was trouble, wars and in some instances, inter/intra-tribal conflict. We do not wish to get off topic so here are a few reminders of Israel and End Time: [God’s covenants with Israel are FOR ISRAEL and will be fulfilled to the letter]

Jeremiah wrote: “The LORD says, “At that time [End Time Tribulation or beginning of the Millennial Reign] the people of Israel and the people of Judah will be together…once again. The dispersions of the Northern Kingdom was in 722 B.C., and the Southern Kingdom, 597 B.C.). They will cry and cry together, and together, they will go look for the LORD their God.”  (Jeremiah 50:4-5).

Ezekiel as does Isaiah has much to say about the same thing. What God reveals to him is

what is going to happen during the return of Jesus Christ to Jerusalem by setting foot on the Mount of Olives. God says (not Jesus) that He will join the two sticks of Judah and Israel.

“Surely I will take the stick of Joseph, which is in the hand of Ephraim and the tribes of Israel, his companions; and I will join them with it, with the stick of Judah, and make them one stick…” [Ezekiel 37:19; NKJV]
In Revelation 21 we get a glimpse of the New Heaven and the New Earth through the eyes of the Apostle John. Recall that the first heavens (the skies above) and earth flee from the presents of God in our previous blog (Chapter 20:11 & 21:1). Judgement has come and these created elements flee their creator.

This brings to mind Philippians 2:10… “… at the name of Jesus every knee shall bow, in heaven, on earth AND UNDER THE EARTH.” Even the fallen angels (demons; servants of Lucifer) will bow a knee. Can we even imagine this? It is the pinnacle example of the word TOTAL.

The New Jerusalem descends from Heaven and “Now God’s home is with [the, among] His people. He will live with them…” Verses 3 and 4 of Revelation 20 summarize it for us. No more pain, death, sorrow, tears, regrets, all of the old is no-more. God says that he will make EVERYTHING NEW. The Greek for all or everything is pas. It means “totally inclusive. No exceptions.” Then, the most famous of statements; reminiscent of what Jesus said on the cross when he gave up his spirit, God himself says in verse 6 of Revelation 21… “IT IS DONE!”  What God created in the beginning, the Alpha, is now the Omega; the end. All things will be new. We are given a very small glimpse of the new. Whatever it is, it didn’t exist prior to this moment. This also means that “TIME” as created back in Genesis 1:5 is no longer. This is the definition of eternity. Time is not a factor as it no longer exists. We will see this in chapter 22; our final blog on Revelation.

People often miss the fact that all this happens after the Tribulation, the Millennial Reign of Jesus and God, the Great White Throne Judgment, and the Battle of Gog/Magog when Satan is released for a short time.  John does not record nor is there any evidence that he has a glimpse of what is on the other side of the wall separating the old creation and the beginning of the ALL NEW. John simply tells us it is all new and only the faithful, chosen, redeemed and Saints will be there. During the Millennial Reign there will still be those who reject the rule of Jesus. Satan will call on these people for his Gog-Magog war against Jerusalem after the Millennial Reign.

Verse 7 is very telling: He who overcomes will inherit all things, and I will be his God, and he will be my son. The faithful, chosen, redeemed and Saints will:

What happens to the rest of the judged? Verse 8 is quite clear on this matter; i.e. the second death and lake of brimstone.

V9: One of the seven angels who had [take note as this is past tense… *had] one of the 7 bowls or vials of judgment (plagues) comes to John to give him additional insight. This time it is something good. John is going to see “the bride, the Lamb’s wife.” We must once again note why we believe Revelation, after the first three chapters, is mostly about Israel. John is shown the bride of Christ; i.e. the New Jerusalem descending from and going to a place not mentioned. We can easily figure this to be located on the new Earth. Verses 12-14 are all related to Israeli identifications. After all, this is the New Jerusalem so it is Israelites who occupy it and probably those Christians who have been grafted in per Romans 11:17.

*This means that each of the 7 bowls of judgment are now empty; judgment done.

The New Jerusalem [v10] John sees descending from heaven is given exact measurements (1,400 miles in length, width and height). For more detail go to http://www.tourofheaven.com/eternal/new-jerusalem/size.aspx

“And the nations of them that are saved shall walk in the light of it: and the kings of the earth bring their glory into it.” [KJV]

There is some form of “nations” that will receive their light from the glory of Jesus and God residing in the New Jerusalem. We find this “light” described in V23; “…for the glory of God did lighten it, and the lamb is the light thereof” [KJV].

Verse 25 tells us that the night and day created back in Genesis 1:5 is no more. This verse tells us that “there shall be no night there.” The closure of verse 27 in Revelation 21 is very clear as to who will and who will not be part of this “new everything.”

The only ones who will enter into this new creation will be those whose names are written in the Lamb’s “book of life.” The names are entered when one receives and accepts Jesus as his or her Lord and Savior. We demonstrate our faith in our actions, prayer, and bible study life. Being a Christian is a life style, not a religion.

Final word of caution to those who think Christianity is a religion and God is only love, not just(ice). Revelation 3:5

He who is overcoming–this one–shall be arrayed in white garments, and I will not blot out his name from the scroll of the life, and I will confess his name before my Father, and before His messengers.