Continued from Chapter 14 (a)

This chapter is very specific in identifying who will be marked; 12,000 from 12 Tribes of Jacob (Israel). The Tribe of Dan walked away from their designated spot in the Promised Land and is not included as a tribe mentioned in Revelation 7. Ephraim’s name is simply replaced by the name of his father, Joseph of Egypt fame. Manasseh, Joseph’s first born in Egypt is listed as one of the twelve Tribes.

A blog cannot cover all of this but we do recommend that the serious student go through Revelation Chapter 14-1Power Points provided and identified with chapter 14 and chapter 15 in this website. The PP for chapter 14 is long but has an identified division point where one can leave off and return to it at later time. The Power Point blog addresses many of the specifics of chapter 14.

The “virgin status” of those “men” (People) identified in C14 are people who are new babes in Christ, probably converted during the Great Tribulation. They know (YADDA) they are going to pay a severe price for their decision by accepting Christ therefore denying the mark of the Beast and his image. They have no reason to violate any of Gods laws or principles since their decision is a permanent and a do or die decision. These are not Sunday or Sabbath Day Christians. It is and end in and of itself so no purpose is served in them making a false statement. No lie is to be found on their lips after this decision to follow Christ to their death during the Tribulation of 7 years.

14:6 & 7 answer the question of whether or not all people hear the gospel or are doomed to condemnation due to their ignorance. There is NO IGNORANCE. Every tongue, every tribe, every nation, every people; leaves little room for someone to be missed. After all, this last angel with the final opportunity to accept the gospel follows the 3 ½ years of the two witnesses in Jerusalem who also were heard world-wide. Yet, many still refuse to accept Christ.

We have a fascinating sequence of events within the next few verses;

Verse 6 finds an angel announcing to the world (no exceptions) the eternal Good news. Verse 7 gives due warning and instructions for all individuals who heard the angel in verse 6.
Verse 8 Informs the same global population that the false prophet and leadership (Babylon) is now destroyed so they have nothing to fear from this group.
Verse 9 tells of the consequence for not heading this final warning and message from an angel in the sky. It also explains the consequences for taking the mark of the beast or worshiping either it or its image. It is the unforgivable sin.
Verse 10 says it straight… “He also shall drink of the wine of God’s wrath and ultimately tormented with fire and brimstone (in hell).”
Verse 11 specifically states it is forever and ever.

Here is an absolutely new fact of end time as read in Revelation 14:13…

Blessed are the dead who die in the Lord. From henceforth now, says the Spirit that they may rest from their labors. For their works follow them. [BRB]

“…from this point forward?” These people are probably the ones redeemed from earth for their flawless living after all the above has transpired. We are well into the Great Tribulation at this point in time and any choice is but one; follow Christ or follow the beast. No murky waters or fog at this time in history. This also explains why these men of earth who reject the beast and accept Christ are identified as the first-fruits and sinless from that point forward. They have everything to gain and KNOW IT. They also know the only thing they have to lose equals NOTHING! Poor example but a human thought with heavenly meaning…to give up a fake pass to Disney for an everyday any day pass is not a loss. There is no need to fake anything.

JIV NOTE: In 14:10 we read something about “spiritual fornication.” Does one actually grasp the depth of this statement? Revelation 10:9-10…

9) “If anyone worships the beast and its image and receives a mark on his forehead or on his hand,

There is a parallel to this when the Tribe of Dan “leaped out of Bashan, leaving the Promised land in the Old Testament. His people worshiped idols and set up”high places” outside the realm of what God had instructed Israel, His chosen, to do. They walked away from the Promised Land and are not included in the list of Tribes and 144,000 identified in Revelation 7.
The very first commandment of the Old Testament states: ‘mankind’ shall have no other gods before me.” In verse 9 we see many will have openly worshiped the beast and its image receiving their “seal [club membership] of approval.” It is a one way membership club. One can get in or stay out, but cannot get in then back out. Verse 11 re-explains who these folks are. Here is no guess work. It is laid out in plain language. 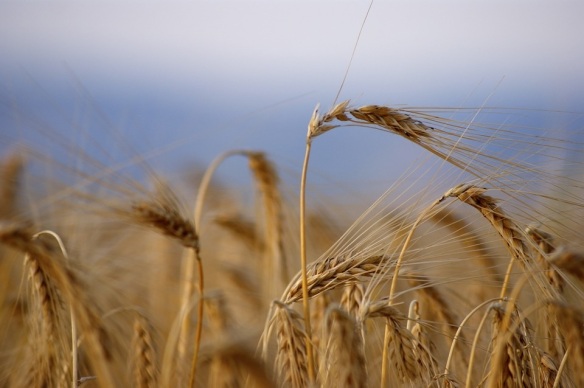 Chapter 14:14 to the end of this chapter is the reaping of the earth. The first thrust of the sharp sickle is to harvest the *fully ripe grain or followers of God/Jesus Christ. This is the first harvest.

In verse 17 we discover a second harvest; one of grapes. These are thrown into the wine-press of God’s WRATH. Not a good thing. They are crushed or punished for their continual rejection over the past 7 tribulation years;  3 ½ years with the two witnesses in Jerusalem but who were heard and seen worldwide; the angel who proclaimed the gospel to the entire world near the end of the Great Tribulation period; the individual witnessing of the 144,000 who died “from this point forward” for their testimony [14:13]; and the their acceptance of the false prophet, the beast, its image and the Mark of the Beast.