The town clerk in chapter 19 has just settled down the near riot caused over Paul converting so many to The Way that the local idol manufacturing business became threatened per survival…fewer and fewer customers. Now we step into chapter 20 as if chapter 19 didn’t even end.

Paul calls his disciples (students of The Way) together, bids them fare-thee-well and heads for Macedonia. But…by Acts 20:3 Paul once again must deal with a plot to kill him. Some might say from the pot into the fire. Paul is very good at this. He gets to Greece via Macedonia, is there only three months, hears of another plot to kill him, does a reverse and returns to Macedonia. Paul has quite an entourage with him: (v4) Sopater the Berean, son of Pyrrhus, accompanied him; and of the Thessalonians, Aristarchus and Secundus; and Gaius of Derbe, and Timothy; and the Asians, Tychicus and Trophimus. Recall that Luke and Silas are already traveling with him.

Why Paul and his companions often traveled differently is not known (v5 & 6). It is likely Paul was disguising his means and ways due to the many plots against him.

Notice that Paul still celebrated the Jewish customs; I.E. Feast of Unleavened Bread (v6). What he did NOT DO was celebrate the Judaism denomination of that day. He opted to follow Jesus Christ as Messiah [The Way] where as Judaism still anticipated and still do to this very day, the coming of their Messiah, not the return of Jesus as is true in Christendom.

In verse 7a we find something so often overlooked: And upon the first day of the week, when the disciples came together to break bread, Paul preached unto them…” It was THE FIRST DAY OF THE WEEK!!! That would be Sunday. We hear and read of all types of theories as to how Sunday became the traditional day of worship. We won’t discuss them here but look them up. Here in Acts 20:7 it simply states they gathered together, broke bread as in supped together, Paul preached, and he moved on the next day. However, let none forget that Colossians 2:15…”Let no man criticize the day another calls his Sabbath.”

Another thing to consider is on what subject did Paul preach? Those he was speaking to had already received Jesus Christ and had been baptized. There was no New Testament at this time; they only had the Old Testament scrolls. Today’s church tends to be exclusively N.T. … much to the expense of O.T. knowledge to help a believer’s understanding. Those who do not know and understand the errors of Israel, an Old Testament example of today’s church, are destined to continue making the same errors.

Ahamoment? What is different with the original church in Acts and what we call church today? The following verses in Acts 20 are quite explicit. Not only did they break bread (dinner) together, they listened to Paul preach “all night long.” This is not the old rock and roll song “All Night Long” but it is an example of dedicated to worship, fellowship, study, listening, and togetherness.

It was evening. Acts 20:8 states that there were MANY LIGHTS in the upper room where they had gathered for discipleship. Of course, human nature has changed little since then. We don’t usually sit in windows at the church to hear the 20 to 30 minutes of preaching but some do manage to fall asleep. Eutychus, a young man, had fallen asleep sitting in the third story window where they had gathered for supper, communion and preaching, then study time. Paul never claimed to be an inspirational speaker but it was also late at night; sleep tends to creep up on humans [2 Corinthians 11:6].

What seems to be a bit amazing is when Eutychus falls to the ground below from the third loft (KJV) and is taken for dead, Paul simply runs down the steps to him, embraces him saying “worry not for he is not dead,” then returns to his 3rd story pulpit continuing to preach until morning light. Other then that, we know little more about Eutychus. We do not know of Eutychus’ injuries. It may be either the last time this young man falls to sleep in church or sits on the open window sill three stories up during church. In verse 12, after Paul preached on and on and on, some take Eutychus home; probably to catch up on some sleep. Nothing is said of lasting injuries or a healing by Paul.

Acts 20:13…”and they [we] went by ship but Paul went by foot” to their next appointed place of ministry. Paul probably had it in mind that a foot trip would allow him to witness while in route to Assos. Assos is in western day Turkey but called Asia at the time. It is just south of Troas which was just south of Troy. See red area on map to right; Troas and Assos

Mitylene, Chios, Samos, Trogyllium, and then Miletus. Paul wanted very much to celebrate the Jewish holiday (not a Judaism religious tradition but a *people of Israel celebration) of Pentecost in Jerusalem so he tarried not in these towns. While in Miletus he sent for the Elders in Ephesus to come to him.

We mistakenly identify Jewishness as one and the same with Judaism. That is NOT correct. The word Jews is not even used until the II Kings 16:6. This was to identify those in the Kingdom of Judah against whom the King of the Kingdom of Israeli planned to attack.

Turn to God, believe in the Lord Jesus, obey the Holy Spirit. Paul tells the elders in Miletus that they as his witness know he did this with due diligence and spoke to all who would listen. JIV Note: racial difference never enter the picture in the bible.

Pentecost to Jews and Christians is completely different as is its date!

JIV NOTE: It might be to the student or readers understanding that the Apostle Paul is traveling on his farewell trip. He knows that he will not see any of the church (believers) again once he departs each location. He is headed to Jerusalem and from there he will be shipped off to Rome for trial. Paul knows this per Acts 20:23 where the Holy Ghost keeps telling him imprisonment and affliction await him.

Verses 28, 29, and 30 are significant. Paul calls for the attention of church leaders and elders to pay close attention to their own actions and that of the flock. He does not distinguish any difference between where each flock (church) is located but to them in a singular tense…(ESV) “the church of God.”

One can easily suggest that the differences between each Pauline “church group” were okay due to culture therefore allowing for the many denominations that exist today. However, that is NOT what Paul okay-ed. He warned in verse 29 and 30 about “wolves who will come into 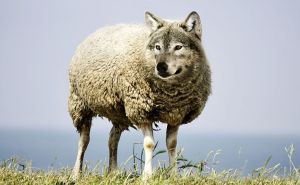 the church” with different ideas and spins on worship trying to draw attention to themselves. This will happen as soon as Paul leaves each location.

This is the passage from where we get the saying from Jesus that “It is more blessed to give than to receive” [Acts 20:35]. Then Paul knelt with the elders and his followers along the sea shore and prayed his departing prayer for all who were present and for those to which he had lead to Christ. There was many tears shed for they knew that they would not see Paul’s face again on earth [Acts 20:38]. No! He did not recite the Lord’s Prayer and neither is it recorded that anyone ever did. Just Jesus did as an example only to a few disciples when asked how to pray, not what to pray.