Was Mount Sinai a Volcano – but first…?
Secularists Views Fail the test of validity and often, reliability.. 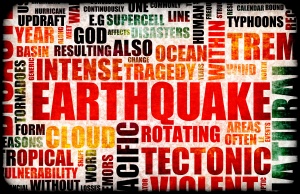 To begin this article on earthquakes and volcanoes mentioned in the Bible and verified by secular geologist, volcano researchers, archeologists, and seismologists, the reader should note that much of the following information comes from articles and research written by people that do NOT buy into the Moses-Wilderness or any other story as reported in Bible history. In fact, one of the secular researchers studied for the writing of this article begins his paper by stating, “The legend of Moses.” Note the use of THE LEGEND: a myth, fable, fairy tale, etc. Some secular researchers of earth and human existence describe a volcano as “screaming or having a loud voice; perhaps loud like a trumpet”. Such statements are intended to cast questionable validity on Biblical records of similar sounds, voices, trumpets, and darkness on earth.One author and researcher goes so far as to state as a fact, “a volcanic eruption at night could easily be mistaken as a ‘pillar of light’ such as Biblical records indicate while in the 38 years of wilderness wandering the Israelites followed by night with a pillar of smoke by day.”With this article, I intend to briefly use some their own words against their conclusions; in the words of Gene Whittum in his fascinating articles on Ecclesiastes. :poke holes in their canopy under which they hide.”. We will also question their timelines and dating processes.
To support questionable “dating” of artifacts we immediately remind our reader of another article in this website where in Texas human footprints have been discovered alongside and in some cases within the foot prints of dinosaurs. This is not an isolated discovery. (see Paluxy River, near Glen Rose Texas; Mary Leakey’s famous Laoetoli Track in Tanzania; 1995 study of quasi-human ichnofossils (supposed human tracks) found with tracks of dinosaurs in strata near Tuba City, Arizona.)Journalist Alexander Bushev reported in the 31 January 1995 edition of Komsomolskaya Pravda (one of the most popular newspapers of the former USSR) that he had journeyed to the plateau near the village of Khodga-Pil in Turkmenistan. Here he found fossilized prints of dinosaurs and humans together. We shold remember that secular science “CLAIMS” that dinosaurs vanished long before humans existed. Their justification for this co-existence discovery of human and dinosaur: “If we could prove that they do belong to a humanoid, then it would create a revolution in the science of man. Humanity would ‘grow older’ thirty-fold and its history would be at least 150 million years long?” [emphasis mine] (Professor Kurban Amanniyazov, head of the expedition that discovered these footprints).Keep in mind these same people had no problem putting a dinosaur label on the large footprints but question the foot print with a human-like heel, five toes, and similar in size to homo-sapiens [humans] of today. Note also that rather than bring the dinosaur into more contemporary history, they want to move human existence backward 150 million years, even though no discoveries have been made to support or justify such a conclusion.

The article in the English version of Moscow News in 1983 (No. 24, p. 10) goes on to explain away the “coincidence” of both footprints in the same fossilized clay, Professor Kurban Amanniyazov states: “However, at present we don’t have enough grounds to say this. We’ve imprints resembling human footprints, but to date have failed to determine, with any scientific veracity, [to] whom [species] they belong to, after all.” *In other words, the human prints may look like human footprints, be similar in size and shape to modern day human footprints, and were recognized as human footprints upon their discovery alongside and sometimes within dinosaur prints there is no scientific evidence to prove the “human prints” come from humans. Yes, you read this correctly!!!

*Aha moments: Mr. Amanniyazov is basically saying… if it looks like a duck, quakes like a duck, swims and flies like a duck, and has webbed feet and duck feathers, one must find scientific proof to validate it is a duck. And secularist and atheists say Christian faith is crazy?

To continue this somewhat satirical or sardonic look at secular science and conclusions, we must include a Barnes and Noble ad with a web review of a book written by Barbara J. Silvertsen; The Parting of the Red Sea. Barbara Sivertsen [attempts to demonstrate; emphasis mine] demonstrates that the Exodus record found in scripture was in fact two separate exoduses both triggered by volcanic eruptions—and provides scientific explanations for the ten plagues including the parting of the Red Sea. She concludes that over time Israelite oral tradition combined these events into the one Exodus narrative known today.

The Publishers Weekly tries to show the Silvertsen research and conclusion as somehow challenging Biblical records of the exodus and the ten plagues. In their review of her work they state: ‘Siversten locates an eruption in 1450 B.C. [a] submarine explosion of the island of Bali of south-east Indonesia just north of Australia, which would have caused the tsunami that inundated the Egyptians [army] in the “Sea of Reeds.”‘ If this is so, according to secularists, the tsunami would have had to wash over a myth, fable, fairy tale and over the heel of Africa before reaching the Sea of Reeds then eventually Egypt. However, they fail to point out any evidence that at the Sea of Reeds the tsunami somehow wiped out the Egyptian army but never reached the Egyptian mainland on the other side of “the Sea of Reeds”.

Even if she meant to say the Island of Yali in the Agean Sea, her Tsunami theory still can’t “hold water” (pun intended). The Tsunami flood would also have had to wipe out Egypt itself,a myth, fable, fairy tale and several other locations within the reach of this 1450 B.C. Tsunami.

Is this a bit odd or simply a sacrificial conclusion of truth? She also forgets to mention that the direction the supposed tsunami of 1450 B.C. moved was an east to west direction. This means the Israelites who were safely on the EASTERN side of the Sea of Reeds (Red Sea) would have been directly in the wake of this same Tsunami flood that destroyed the Egyptian army to the WEST of them. Somehow this tsunami traveled over land masses uninterrupted, skipped over the heads of 2 million fleeing Israelis, then drowned the Egyptian army on the other side. Even if the tsunaumi came from the other direction, the massive flood the wiped out the Egyptian army would not have suddenly halted at the Sea of Reeds leaving the Israelis on the other side unscathed.

Huh? Where is there any record of such a flood wiping out Saudi Arabia, India and the heel of Africa? The fact is such evidence simply doesn’t exist.

It even gets better. To quote the Barnes and Noble review of her book, they state that Silvertsen (attempts to) shows with secular research just how the first exodus followed a 1628 B.C.E Minoan eruption that produced the first nine plagues. The second exodus [in 1450 B.C.] followed an eruption of a volcano off the Aegean island of Yali (or Indian Ocean Island of Bali) almost two centuries later, creating the tenth plague of darkness.

Something is wrong with their review of her research. The Bible clearly states that the 10th plague was the death of the eldest son (including livestock). From where did the “DARKNESS” plague come; albeit the 10th plague? Even testier is the fact that she is concluding the first nine plagues happened 200 years (1628 B.C.) BEFORE the tenth plague (1450 B.C.). It was 200 years later the exodus from Egypt occurred.

Deuteronamy 34:5-7 “So Moses the servant of the LORD died there in the land of Moab, according to the word of the LORD, and He buried him in the valley in the land of Moab opposite Beth-pe’or but no man knows the place of his burial to this day. Moses was a hundred and twenty years old when he died; …”

Moses died at the age of 120. How does that fit with her dates, events and numbers of over 200 years between the 9th and 10th plague on Egypt prior to the the exodus? Simple third grade math, it doesn’t!

One who can read between the lines should note that their very review of Silvertsen’s book is a confession of the exodus, the plagues, the drowning of the Egyptian army, and the Israelite exodus from forced labor in Egypt. I quote a passage from UltimateRiddles.com, “Exodus 11:1 begins with God speaking to Moses about the next prophesy to announce the tenth plague, and verses 1 through 3 are in parentheses for a reason. Verse 2 begins with ‘Speak now in the ears of the People…’ and continues through verse 3 with instructions in preparation for leaving Egypt. For clearer understanding of the place and time of this address and the continuation in verse 4, students should note the last two verses of chapter 10.”

”And Pharaoh said unto him, Get thee from me, take heed to thyself, see my face no more; for in that day thou seest my face thou shalt die” Exodus 10:28 (KJV).

PS: This incident in the history of the exodus is the basis of Hebrew celebration of Passover.
Mt Sinai? We haven’t forgotten our title to this article but wanted to poke holes in the canopy that secularist hide under. It would be so simple to poke many more holes but the point is made. They can’t even agree with each other and every new discovery changes their explanations of their previous discovery.

“And Mount Sinai was altogether on a smoke, because the Lord descended upon it in fire: and the smoke thereof ascended as the smoke of a furnace, and the whole mount quaked greatly.” (Exodus. 19:18)