Christ. In our study it is probably both; the “opposite” as in opposing AND “instead of” such as a Satanic substitute. This would include the ancient worship of idols or a future “false christ” performing miracles as a form of persuasion that HE is the Christ; not the one from the New Testament. Jesus specifically warns about this. When Jesus Christ  returns to earth it is not to demonstrate anything, but to take possession of his earth and out of the hands and influence of Satan. He will appear in the eastern skies, put foot on the Mount of Olives and claim his kingship as King of kings. He will NOT be some political figure. His appearance is at the very end of the 7 year Tribulation and after the last 7 plagues. 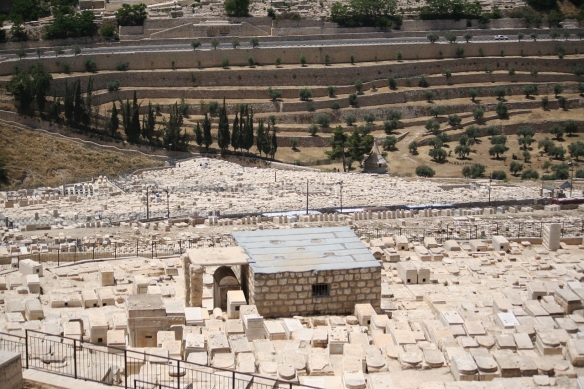 The rider on the white horse in the apocalypse comes to make peace; a false sense of security for Israel AND the rest of the turbulent waters or nations of this world. The word antichrist never appears in Revelation. It only appears in 1 John (3 times; twice in one verse) and once in 2 John. Of course this is the same John who writes Revelation but never uses the word anti-Christ in this final book in the bible.

The bible gives the antichrist many titles:

– The king of fierce countenance of Daniel 8:23

– *The one who comes in his own name of John 5:43, whom Israel will receive as a messiah

– The son of perdition, the man of sin, the lawless one of 2 Thessalonians 2:3

*This in and of itself suggests it could be of the Tribe of Judah or Levi who is the real antichrist. This may also suggest that this is why the nation of Israel accepts the peace treaty offered by this leader. He is a Jew!?

In Revelation 12 John presents this beast as the extension of the fourth beast of Daniel 7, connecting his empire with the characteristics of the great empires of the past. This final world empire will have the catlike vigilance of a leopard, the lumbering but crushing power of a bear, the authority and ferociousness and stalking power of a lion. In chapter 13 he describes the “beast” as a combined creature of Daniel’s dream; resembling a leopard; feet of a bear; mouth like a lion but a singular beast. In the Book of Daniel these world powers had yet to come. In Revelation, it is the combined power represented by these animals that force the world into a singular governed economy. These animals are popularly recognized as Babylon, Mede-Persian, Greek, then, Rome.

It is a fascinating discussion per 13:2b:

The dragon will give this critter His power; His throne; great authority. Certainly Satan has in the past and continues to make earth HIS DOMAIN and possession. He gives it all to this critter from the Sea. This is very similar to Matthew 28:18. Christ makes this claim of power and authority as from God his biological the Father.

Verse 3 tells of the deadly wound at which the whole world must be aware. However, there is no indication as to who is the one striking this deadly blow to him; It SEEMED (hōs) to have a deadly blow to one of its heads.  This same Greek word is translated as something that appears to be so, but is not definitive. “…and all the world wondered after the beast.” This [first] beast is not an institution, nationality, or organization as many denominations and theological theorists suggest, but a person. This is Satan’s effort to once again parallel anything and everything God created or did, including the sacrifice and resurrection of one of his own if not a direct bodily possession of a man who is dead but possessed of Satan and then appears to be alive. Scary thought!

NOTE: It is good to recall or learn that the 4th beast of Daniel 7 is NOT IDENTIFIED as a creature he recognizes. Daniel 7:19… “the fourth best is diverse from all the others.” This is probably so as the other three beasts can be identified to kingdoms in the past. The fourth beast is described but of unknown quantities, symbolisms, and prophetic clarity. This is also true of Revelation 13:1 & 11.

Another fascinating note is the language used in Daniel 7:26; i.e. the word “THEY.” “…and THEY shall take away his dominion to consume and to destroy it unto the end.” It is the court according to scripture, but who is the court? This is worth researching on one’s own in order to take ownership of the results.

At verse 4 of chapter 13 we see that mankind will be deceived but accepting to the worship of this 1st beast AND the Dragon father. The warning comes in chapter 14 that if anyone who worships this beast and/or its image, they have committed the eternal sin for which there is no longer any forgiveness.

There are some, however, who believe this to fit the passage that reads, “he was, then is not, but then is again” [Revelation 17:11]. This might be the rise, death then resurrection of the old Roman Empire through the Vatican; i.e. the Pope’s:

1 global power until the 1700’s when Napoleon stripped him of it,

3 revived involvement in politics and environmental discussions as we see it today.

Verses 4 & 5 suggest the same thing that God did for his son Jesus while he was on earth and right after his resurrection; he gave all power/authority in heaven and earth to Jesus his son – Matthew 28:18.  This was right after his resurrection (read Ephesians 1:20-23). This again is a parallel to and a false deception propagated by Satan himself when he simulates this with his false trinity. There is often discussion of the meaning or purpose or function of the “little horn” in Daniel 7:8. One might suggest this is the “Son of Satan” just as Jesus is the Son of God. Martin Luther and John Calvin believed this little horn to be Islam. He is the one who rises up as the little horn and plucks three rebelling horns out of his circle or power.

Stay tuned while considering the following:

Question: Do these passages suggest that predestination is established for certain pre-identified individuals or for those who use his/her free will to follow Christ? [Blue Letter Bible]

– The work of Jesus was ordained before the foundation of the world (1 Peter 1:20)

– God chose His redeemed before the foundation of the world (Ephesians 1:4)

– *Names are written in the Book of Life before the foundation of the world (Revelation 17:8)

– The kingdom of heaven was prepared for the redeemed before the foundation of the world (Matthew 25:34)

Answer: No! These passages mean that God preordained his chosen people Israel to be a light unto the rest of the world even though they have failed so to do, and, FROM the point of creation of the earth, man, and its inhabitants. *This passage is misquoted from Revelation 17:8. 17:8 does not say the names are written before the creation of the world, but since or from the point of creation forward “names are written into the book of life.”  The Ephesian passage is written out of context. God has chosen us (to be) in him before the foundation of the world. This is what he hoped for Adam and Eve. They failed him.

Mankind has a free will of choice. Once we accept Christ as Lord and Savior, we fall into the predestination of becoming a child of God; brother to Jesus. It is predestined that those who accept Jesus and follow him will have salvation. Those who chose to follow and worship him are predestined to be called children of God. It is discussing the who but the process of HOW it happens.