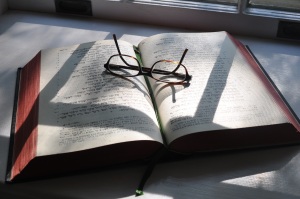 one is reading through the bible chapters 1-12, and in whatever time period as his or her goal might be, most will read right past the context within the content these chapters found in Acts. One’s initial conclusion would be…it is all about the Apostle Peter coming out of his pre-crucifixion shyness. Not even close.

Acts comes in two parts:   Part one is Apostle Peter centered on the original church. Part two is centered on Saul becoming Paul who becomes the missionary church builder for Gentiles of the near east and the northern Mediterranean area. This is the surface read through the bible conclusion. We will write about the facts, history and issues behind the rather obvious…Peter, chapters 1 -12 and Paul, chapters 13 – 28. It is fascinating as most will conclude in this series s/he did not know. In Acts we also read a bit about Mary however this is not a series of articles about the nostalgic Peter, Paul, and Mary of the 1960s music fameJ.

Acts, just as was the Book of Luke is written to someone by the name Theophilus. This is someone close to Luke or with whom he is quite acquainted. Theophilus means “Friend of God.” This name in and of itself may suggest a secondary reason for the writing of Luke’s Books. Luke may be writing to the general population of new Christian churches and believers identifying them as “friends of God.” Whatever it is we do not hear of this word or name being used again in the Bible.

Acts 1; 1 & 2 identify the context of this book. Luke specifically points out to Theophilus that he expressed in his first letter (book of Luke) to him that he has dealt with all that Jesus began to do and teach. The word “all” in the above verse is the Greek word pas. PAS means to exclude nothing according to both Strong and Thayer dictionaries. It doesn’t mean is that everything Jesus did while on earth is recorded in Luke and Acts. It is written AS CONCERNING ALL THINGS JESUS DID WHILE ON EARTH. It is what Jesus taught and new believers should exemplify; the standards by which we are to live or the “whole” of our denomination called Christianity. If we believe it means “to BE and LIVE these standards.”  Easily put…Luke and Acts set our goals of life as Christians, not the world. It isn’t a WWJD (What Would Jesus Do) but WDJD (What Did Jesus Do).

Hebrews 10:25 underscores this WDJD attitude and practice. It reads: “not forsaking our own assembling [i.e. the church] together, as the custom of some is, but exhorting one another; and so much the more, as ye see the day drawing nigh.” NOT forsaking our own assembling together. This is standard #1 for the church. Egkataleipō (forsake) is very specific and is the absolute-tense in the Greek. It means to NOT miss gathering with other believers; do not abandon.

However we must also remember that the same bible instructs us in Colossians 2:16… Let no man therefore judge you in meat or drink, or in respect to a holy day or the new moon or the Sabbath days. This means Be-Livers can meet anytime, anywhere but do not forsake meeting with fellow believers. Keep Acts 1, Hebrews 10, and Colossians 2 in context as they totally relate to the same thing; us as be-livers. This gives us a very clear picture of what God expects in exchange for HIS salvation package.

Note in the Hebrew 10:25 passage where it reads: [ESV] “…as we see the (end) Day drawing nigh.” How can one know the end days are drawing night? This too is explained in the bible with hints galore in today’s news casts from around the world. Even telecasts can be seen as events unfold in real time. Doesn’t it appear at all odd that God always knew the day was coming when we can be informed simultaneously with live news from any corner of the earth? If we study the Bible we will see these “hints” of end time drawing nigh. If we remain ignorant then guess who is to blame for not knowing yet alone not understanding the signs of the times [Matthew 24:3-31]?

It should be a simple reminder but only to those who are already students of the Bible…The Book of Acts picks up right where the Book of Luke ends. Somehow the Book of John got between them. They were once one book called Luke-Acts. Luke’s Gospel describes only the beginning of Jesus’ work while on earth while he was present on earth. Acts describes the continuation of the Gospel and the work of Jesus through the Holy Spirit and continues to our present day.

In the Book of Acts Jesus, through the Holy Spirit, instructs the apostles regarding what to do in His absence. In Luke Jesus gives direct instructions to the disciples and people around him.

Even walking day and night with Jesus after three years on earth, the disciples (Apostles) still asked a dumb question of Jesus just prior to Jesus ascent into heaven. Acts 1:6…“Lord, will you [now] at this time restore the Kingdom of Israel?” Restore the Kingdom of Israel???? Jesus simply replies that it is not for them to know the time of the restoration of Israel. This statement alone should assure us it will happen, but not then. It is both eminent and imminent.

When Jesus ascends into heaven “to prepare a place for be-livers,” the Holy Spirit is not yet on earth in indwelling men. This begins at Pentecost ten days later. We discuss this in our next article.

A very distinct and short outline of the Book of Acts comes right out of Acts 1:8

…ye shall be my witnesses in (A) Jerusalem, in all (B) Judaea and Samaria, and unto the (C) uttermost part of the earth.

A, B, & C outline the Book of Acts… first to Jerusalem (Peter), then to Judea (Philip), then to the rest of the world (Paul)