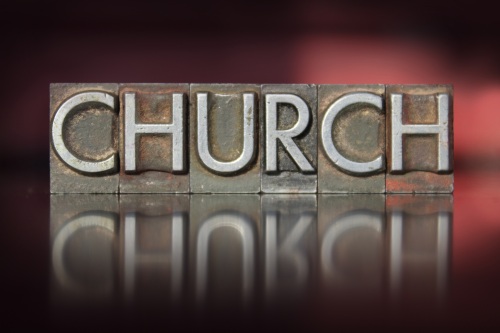 Church services are meant to be about worship, ministry, instruction in the word, and the sacraments. They are not about foolish displays of human bravado and unnecessarily tempting or testing the Lord in experiences. How some who claim Christian standards can get their priorities so bent out of shape, wrong emphasis, and distraction of study is quite remarkable.

When the Apostle Paul was under guard and being transported to Rome to exercise his Roman citizen right of appeal to Caesar, he gathered wood for a camp fire. In this process he was bitten by a viper [Acts 28:1-6]. Even though he shook it off into the fire, those from the Malta population around him were startled that he did not d

ie. At first, in verse 4, they thought Paul “to be a murderer” and their superstitions considered the snake bite an omen and him a “dead man.”    However, he simply shakes the viper off into the fire and continues unaffected. The local natives who lived on the Island of Malta then thought him a god. Both of their assumptions were based upon weak knowledge, superstition, and past experience.

There is no later mention, message or proclamation by Paul that this is due to his faith and that this should now be a test of one’s belief in Jesus Christ. He did not seek to prove anything and had just saved his prison guards from a shipwreck. This happened while he was serving not seeking. As Bill Muehlenburg puts it, Paul was not “majoring in a minor principle” for living a life in Jesus.

is some form of proof of one’s faith. Some churches in the South do precisely this. Many good intending men (and women) have died, one might say, in his or her misunderstanding of a minor incident per scripture and attempting to major in it as a routine church-sanctioned practice; just like the Malta Islanders who witnessed this event by the campfire swung from one unproven expectation to another false conclusion. Miraculous yet minor incidents in scripture should never become major practices or theological planks.

This instance is only mentioned as one incident in the travels and life of Paul (Acts 16:18). It also may be based upon and incorrectly juxtaposing a supposition from Mark 16:18. Mark is the first New Testament book ever written. There is even strong theological thought that Mark 16:8 was actually the end of Mark’s passage in chapter 16. Mark 16: 9-20 seems out of place from the previous 8 verses since it is based upon a suddenly hurried shorthanded coverage of events. Some translations don’t even mention the verses in 16:9-18. The ESV, GNB, Wescott-Hort Greek New Testament, and the Lexham English Bible, to mention but a few, put these verses and passage in [brackets] to denote the possibility these were inserted by someone else at a later date. The Book of Mark is the ONLY synoptic gospel to record this account.

NOTE: Scripture is inerrant however, those who translate it can be in error. Some may even have an agenda for so doing. Study, Study, Study to show one’s self approved [2 Timothy 2:15]; begin with awareness, next step is to study for understanding, only then comes personal conviction of accept or reject what one was originally and only recently made aware. A jump from awareness or introduction to new information to conviction misses the critical step of study or understanding. Knowledge without understanding is very dangerous ground. Such is the original basis of ‘jumping to a conclusion.’

The reference in Mark 16:9-20, whether he actually wrote it, is often a situation of reading the text outside of its own context. In verse 14 we read that whomever, presumably Jesus, is addressing “the eleven and their unbelief” of it being Him who appeared to them. His statement per “the eleven” becomes what is ­­-called in grammar, an antecedent to the “believers” mentioned in verses 16 and 17. These men were not without fault. They were sitting at their tables not even remembering that Jesus promised his resurrection would be three days after his crucifixion. In verse 14 Jesus rebukes their unbelief. Yes, some of these guys were in unbelief. Then, in the following verses (16 and 17), talking to the same eleven and knowing the free will of man has not been removed, Jesus says “those who remain as unbelievers will not have this power that is mentioned in the following verses” (my paraphrase). But, those who with their free will decide to totally believe, to them will be given the powers to overcome the things mentioned in verses 17 and 18.

Once again to address a previous article about what some call grave-sucking. This was an Old Testament one-time occurrence that was NOT intended for anything but to fulfill a promise made to Elisha and to get this dead guy out of the way so the other Israelis could flee the scene. It was nothing other than an act of urgency. Just as with snake handling, and the rest of Mark 16: 17, 18 which is only discussed in the Book of Mark. The eleven were protected, but were not instructed to practice this to prove anything. There is real caution and danger of practicing “grave sucking” to supposedly absorb the spirit of the deceased. A person is opening one’s self up to be dwelt by a spirit or spirits. Who can control what type or kind of spirits may leverage this opportunity. As Christians we already have the indwelling of the most powerful Spirit; i.e. the Holy Spirit.