An opening note that may upset some with how it will contradict our routines and traditional praying in church and at home: (also see my confession at the end of this article)

By itself most who read this article will question how such a short statement quoted directly from the bible might somehow violate his or her predispositions or bible understanding. Well…. find where it states or suggests they performed a “faith healing” and but hid behind the qualifier often used in today’s prayers and churches, “If it be thy will oh God.” Look hard; NOT THERE. 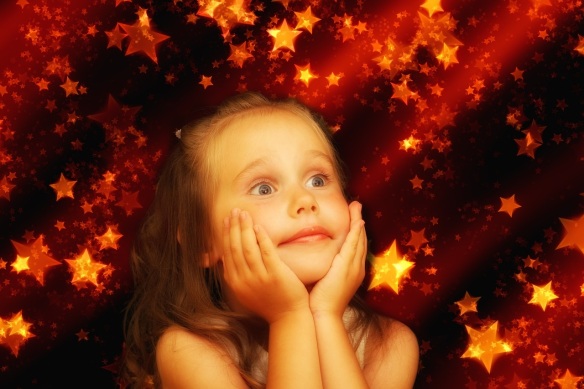 So, why do we add this “if it is thy will” statement in our prayers? Here is where it will upset some who read this article. We hide behind that statement because our faith is so weak. We try to qualify and prepare ourselves and others for a letdown; no healing . We don’t want to believe a negative answer somehow reflects our prayer and closeness to God demonstrating our lack of faith. But it takes more. Keep reading.

More discussion on this at the end of this article but for now, give it consideration. Yes, it is in the “Lord’s Prayer” but there it is talking about God’s will already being done in heaven and in anticipation of WHEN it will be the same on earth. “We have not because we ask not; then when we do ask, we ask with the wrong motives.” [James 4:2-3, 6]

The opening of Acts 14 is a repeat of almost all of Paul’s travels. He heads for the synagogue to speak. Back during this time the synagogues were often used as platforms of speech-making. The offer for someone to speak while in attendance at a synagogue was usually prefaced by, “Do you have something of the Lord to share with us today?” Yes, Paul and Barnabas always had something but not what the leadership and people in attendance expected. We might think Paul to have been a captivating speaker. In his own words he was not.

“I may indeed be untrained as a speaker, but I do have knowledge. We have made this perfectly clear to you in every way.” [2 Corinthians 11:6; NIV]

The oddity of this time in Iconium is the gentiles of this city were either siding with the Jews in the synagogue or with Paul and Barnabas. Acts 14:5 tells us once again they are run out of or fled from a planned stoning designed for one purpose…to *silence them. This may not be the first additional thought to come to mind in reading this passage, but it is very reflective of End Time when Satan tries to silence any witness (example: of the two witnesses during the first half of the Tribulation 7 years, Revelation 11) or *cause a great war that will take the lives of millions of unbelievers which means Satan also takes them to hell with him; one war during and at the end of the Tribulation and at the end of the Millennial Reign of “God and the Lamb”; he leaped to his feet.

*Satan keeps every soul from heaven when anyone dies without Christ.

When they fled “Dodge” (Iconium) they ended up in neighboring cities, towns, and villages. In Lystra they come upon a cripple from birth beggar who overhears Paul and Barnabas sharing the faith. All in the city KNEW he had NEVER WALKED. Examine Acts 14:9 & 10 closely. We will better understand the point made in the opening of this article.

He (the cripple from birth) listened to Paul speaking. And Paul, looking intently at him and seeing that he had faith to be made well, (v10) said in a loud voice, “Stand upright on your feet.” And he sprang up and began walking.

Several points to be made by perceiving what verses 9 & 10 actually state when read in context. Crippled from birth; heard the Word (testimony); Paul perceived the “faith” of the cripple who was not yet healed; Paul commanded in a loud voice demonstrating no hesitancy, “Stand up on your feet” (ESV). 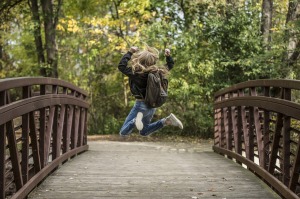 the statement, “If it be they will oh God.” The man did not stand or even struggle to stand. The word JUMPED in Greek is hallomai. It means to leap, spring up or gush as in a fountain springing forth from the ground.

The people saw this miracle and were in awe thinking Paul and Barnabas, probably included Luke, were gods’ i.e. Barnabas as Zeus (Jupitar) and Paul as Mercurius (Hermes). CAUTION: This is a subtle but good example of what happens when someone is healed by the command of another man. S/he is perceived as a god in and of him or herself. Paul and Barnabas immediately tried to put a stop to this huge incongruity, but the locals persisted. This is also what James 4 (above quote) is warning of when he states, “…we ask with the wrong motives.” Won’t we be great among men if we could perform miracles? Sometimes it is the heart of the one praying for healing that is the chink in the full armor of God.

Confession Time: This article’s author has taught bible studies for years and sometimes with a strong following. At times it tends to make him feel a bit “swelled of head and heart” to know it is through him so much learning is occurring. Today, while writing this about our relationship in full faith, prayer, then giving credit to the source, not the tool (me), in translating words from the Greek or Hebrew to help us better understand scripture, I literally stumbled upon what Martin Luther wrote in German in 1545…  “Zuletzt, meine Brüder, seid stark in dem HERRN und in der Macht seiner Stärke.” This verse from Ephesians uses my last name twice and was not just a little subtle in reminding me of my source; God; NOT ME. The above German means: “Finally my brothers, be strong in the Lord and in the power of HIS strength.” Interpretation as a message to me…God has blessed me with knowledge but only after giving credit to him to pursue that knowledge seeking understanding with prayer, then sharing it in HIS STRENGTH.