Act 17:1 Now when they [Paul, Silas, Luke, Timothy and others] had passed through Amphipolis and Apollonia, they came to Thessalonica, where there was a of the Jews.

Act 17:2 And Paul went in, as was his custom, and on three Sabbath days he reasoned with them from the Scriptures… (ESV)

Following Paul’s stop at Philippi where there was NO SYNAGOGUE he comes to a place where there is one. As is his custom and as it states in verse two, Paul “went in.” For three consecutive Sabbaths he speaks to those in attendance. He “reasoned with them from the scriptures.” Here is a point we often miss. The ONLY scripture that existed at this time was the Old Testament. The New Testament had yet to be written.

Traditionally Thessalonica was founded in c. 316 BCE by the Macedonian general Cassander who named it after his wife Thessalonike, daughter of Philip II of Macedon. This means that Alexander the Great was his brother-in-law. This city was a gem. It went from a backward village to a prosperous and significant city-state under King Philip. Even though its armies were eventually defeated by the Romans, the city itself kept its prosperity. This is what Paul saw in his visit in Acts 17. 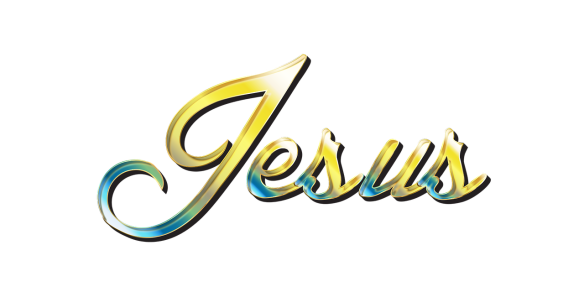 Paul points out in Acts 17:3 that “This Jesus I proclaim to you is the Christ.” The word Christ is a direct translation of the word meaning Messiah. The Thessalonians ruled by Rome at the time of Paul and worshiped Rome’s many gods including the Roman Emperor… Nero! Eventually these forces would clash.

Acts 17:4 specifically states that a few Jews, many Gentiles and a great number of women in

Thessalonica accepted Jesus as The Way. But, as in every place the disciples, Apostles, and followers of Jesus went to share their faith, the Jewish leadership rejected them and often openly attacked them. This is again true in Thessalonica.

Paul, Luke, Silas, Timothy (and perhaps a few others) stayed at the house of Jason in this city. The Jews went to the back allies of Thessalonica to gather a (paid) mob to protest their presence in their city. They went to the house of Jason demanding he throw out these “Christ followers.” He refused so the paid mob of back alley thugs dragged Jason to the authorities. Their accusation? These men protected by Jason claimed that their was another king by the name of Jesus. In verse 17:10 we find the first mention of someone(s) providing bond for their release.

Immediately upon their bonded release, Paul and Silas (with others) were sent packing to Berea. One would think a lesson should be learned by now, but guess where Paul and Silas go upon entering Berea? The local synagogue. Acts 17:11 states that “these Jews were more noble. They received the Word with a degree of eagerness.” How eager? They examined the (O.T.) scriptures daily. Not for devotions but for evidence of the Christ, probably in passages like Isaiah. Having left Thessalonica behind did not mean the Jews from there had forgotten about Paul and Silas. They sent men there to agitate the people of Berea.

Paul, being the chief spokesperson for this missionary group was again spirited out of Berea to Athens but Silas and Timothy remained behind. Once Paul was in Athens he called for Silas and Timothy to join him. A good personal review of Athens and their culture would benefit anyone at this time but that is not the goal of this article. Athens was a city of many gods (idols) including one to the unknown god. 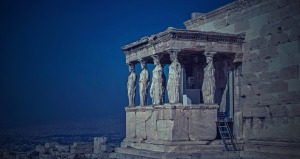 Athens was a place of famous philosophers and speakers. There was a high place called the Areopagus upon which philosophies and philosophers were given center stage. People listened and questioned those given the platform. Great men of historical renown stood on this same place as now did Paul, Silas, Timothy and Luke. Those present obviously did not know anything about this Jesus, crucifixion, resurrection and salvation. EVIDENCE? Acts 17:19 & 20 state: (ESV) And they took him and brought him to the Areopagus, saying, “May we know what this new teaching is that you are presenting? For you bring some strange things to our ears. We wish to know therefore what these things mean.”

Here is when Paul points out that these people were very religious and open to understanding as they had an alter designated to the unknown god (17:23). Paul continues by explaining who God and Jesus are. They created all things and were master over all. But when he spoke of the resurrection of Jesus, some began to mock, but others wished to hear more of this “unknown God.”

So Paul went out from their midst. But some men joined him and believed, among whom also were Dionysius the Areopagite and a woman named Damaris and others with them.

STUDY THE WORD for yourself!

JIV point of bible study: Whenever the bible identifies a proper name, place, or event it is there for a study reason. Dionysius, the Areopagite, a woman named Damaris. All others are left unnamed. The Holy Bible does not mince, mix or add words for the purpose of filling a page or chapter. The true student sees this then researches them to add to his or her understanding. Memorizing or even learning how to pronounce them adds little. Researching them adds to our understanding of each and every bible setting.